From The Inbox:
Madewell's Denim After Dark

From The Inbox:
MUJI Is Looking For Ideas 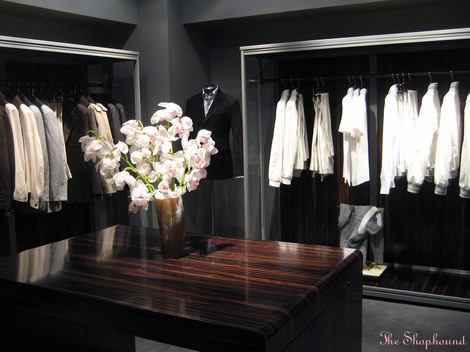 Like any good designer with his sights set on Megabrand status, Tom Ford is rolling out carefully art directed shop-in-shops for his eponymous menswear collection, and a big one has landed at Bergdorf Goodman's Men's Store. It is being touted as the biggest in-store boutique that Bergdorf's has ever done (at least in the men's store) and includes all of Ford's lines including fragrance and accessories. It will be the only other outlet for Ford in the city aside from his own store. It covers the entirety of what was originally a Polo Shop (way back when the store first opened), a golf shop and more at the eastern end of the second floor. The lushly appointed suite of rooms contains a meticulous re-creation of Ford's Old-Hollywood-glam Madison Avenue flagship décor with a few strategic improvements.
Most notably, the doors are off the display fixtures. While the main boutique keeps almost everything in intimidating glass cabinets, Bergdorf's has wisely chosen to dispense with this detail, allowing for comfortable browsing without having to have a salesperson pull things out of drawers and armoires for just a brief look. By the same token, Ford's own boutique staff, whose concepts of service can veer wildly between suffocating hovering and stony indifference, is absent, replaced by Bergdorf's men's staff who, in our humble, but slightly biased opinion, are collectively the city's most skilled and professional. Also missing is the Lucio Fontana vagina-inspired painting that haunts the Madison Avenue entrance. Again, no great loss.
All this makes Ford's collection even more appealing, until you get to the prices, which are still kind of appalling, keeping it at the high end of Bergdorf's offerings - and that's a very high end. We have it on good authority, however that the prices aren't deterring customers, and Ford's $1,600 shoes are selling briskly.
Tom Ford at Bergdorf Goodman's Men's Store 745 Fifth Avenue, Second Floor, Midtown