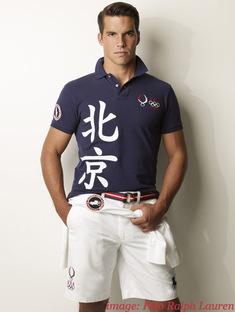 Those of you who are under the impression that the Olympics are a celebration of the world's greatest athletes, prepare to be disillusioned. The Olympics have become a worldwide marketing extravaganza. The athletic competition component seems to have become an entertaining byproduct.
Beijing's Opening Ceremonies start two weeks from Friday, which will also mark the opening of the Nike Sportswear store on Mercer Street as well as (the store) Opening Ceremony's all-night Olympics party.
Ralph Lauren has the jump on both of them. His official Olympic and Paralympic collection is available now to athletes and spectators alike. Ralph has made himself a popular official sports outfitter, and as in the past, he has smartly chosen to show the line on bona fide athletes.
That's Olympic rowing team member Guiseppe Lanzone in the pucture, giving Ralph's favorite athlete, polo player Nacho Figueras, a smoldering run for his modeling money. If the sports thing doesn't work out (and even if it does), we feel confident that there will be plenty modeling opportunities for Giuseppe in the future.
You'll notice that the giant Polo player logos familiar from Ralph's U.S. Open and Wimbeldon gear has been replaced by giant Chinese characters which read Beijing, as well as the expected Olympic insignia.
Brace yourselves, this is only the beginning. We fully expect to be clobbered by Olympics marketing from now until mid-August.
More beautiful athletes after the jump: 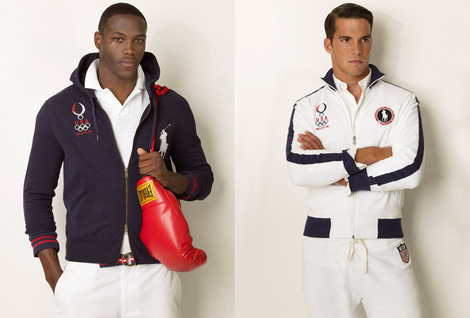 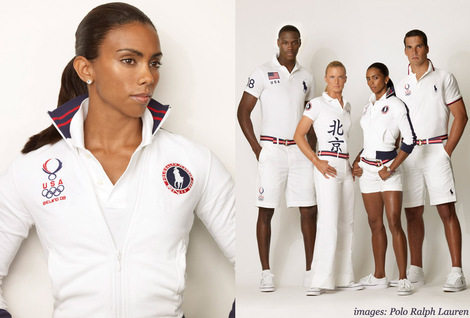