Alessandra Facchinetti
Out At Valentino 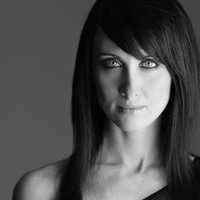 Alessandra Facchinetti cannot catch a break.
When she was appointed Valentino's successor last year, it was seen as a redemption of sorts after having been let go from her job as Tom Ford's successor at Gucci.
Sadly, succeeding a celebrated designer has not worked out too well with her, as it is widely expected she will be dismissed shortly. Her Prêt à Porter collection show was today (see pictures here).
Valentino accessory designers Maria Grazia Chiuri and Pier Paolo Piccioli are expected to succeed her, though rampant speculation centers around Giambattista Valli. His retro-inspired collection (see it here) referenced many Valentino hallmarks, and was widely seen as an unofficial audition for the top design job there. Similar things were said about John Galliano's Spring 1995 Collection (see it here and here for a reminder of what a mid-90s supermodel extravaganza was like. Good times). Many called it an audition for Dior, and we all know how that turned out.
We had no idea that Facchinetti was dong such a dreadful job, as her first efforts have only just reached sales floors, and the current climate is hardly the best to judge her success or failure. Some have suggested a clash with management, which was also blamed for her Gucci exit, but we will all know very soon what her fate with the house will be.
Fashion Scoops: Facchinetti Exiting Valentino (WWD)
Valentino Spring 2009 Collection (WWD)