Our Favorite Weekend is Coming 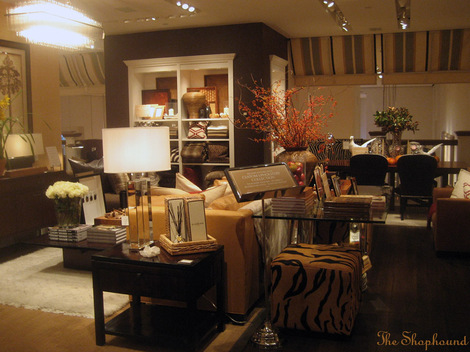 When Williams-Sonoma opened its Columbus Avenue store, we were told that it was the chain's largest, in a city that already had sizable branches on Madison Avenue, in Chelsea and on 59th Street.
It turns out that it was a little but bigger than it needed to be, and our guess is that hiding tableware upstairs on the mezzanine didn't do much for that product category's business.
That won't be a problem anymore since the dishes and flatware have migrated to the main floor to make room for New York's only Williams-Sonoma Home shop, one of only three on the East Coast.
The upstairs balcony has morphed into the home furnishings version of the retailer's aesthetic: classic, luxurious and expensive. You won't find any earth-shattering  flights of fancy here. It's all an extra tasteful (perhaps to a fault?) step up from sibling store Pottery Barn, but there are plenty of solid investment pieces to anchor a home, kind of the way a kitchen might be anchored by a good set of All-Clad cookware and Kitchen Aid mixer. There's not nearly enough room to show more than a small selection of the relatively new Home division's wares, but they are set up with a wall full of swatches, ready to take orders.
Williams-Sonoma Home The Shops at Columbus Circle, 10 Columbus Circle, Midtown West