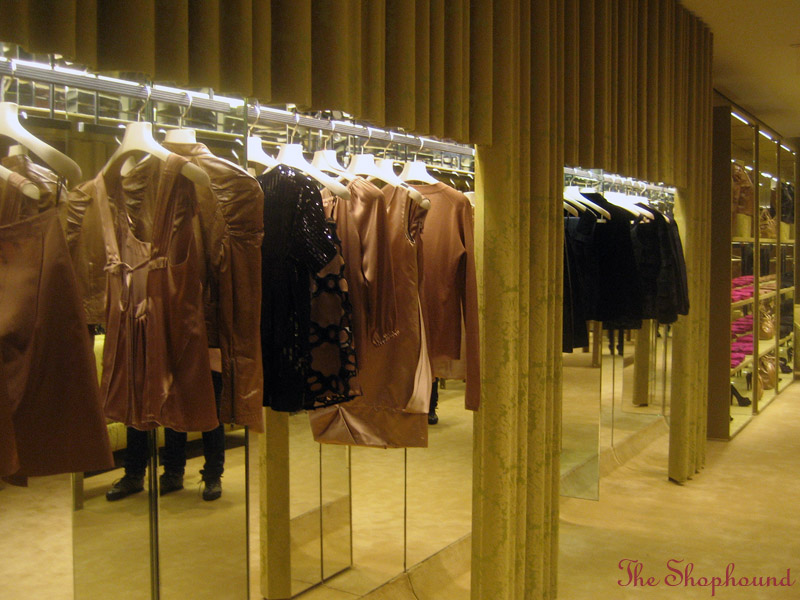 Just the other day we were wondering when that Miu Miu boutique would finally open on East 57th Street. After all, the spot's previous tenant, Jil Sander, had already completed elaborate renovations on a new SoHo flagship that had been open for months, and yet Miu Miu's windows remained covered without even a teaser image to advertise the upcoming store. 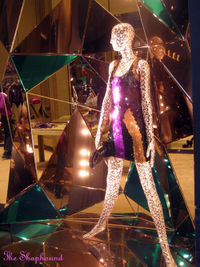 It turns out that our doubts were premature, as Miu Miu uncovered its windows and opened its doors for business yesterday to a huge replacement for its former Madison Avenue location.
Actually, the basic 3-floor scheme that Jil Sander left behind remains relatively unchanged, though the once pristine walls are now covered and draped in Miu Miu's signature chartreuse brocade. The main floor is mostly devoted to accessories and sizable selection of shoes. More clothes are found upstairs on the second floor past handsome but stony salesmen stationed sentrylike at the landings, and up on the third floor you will find only a few more dresses and handbags as well as the feeling that this is an awful lot of space for a Miu Miu boutique.
This is the part where we remember that the space once housed both the full mens and womens apparel and accessory collections from Jil Sander, a brand that has several years of development on Miu Miu. In fact, there wouldn't be a Miu Miu boutique there at all if parent company Prada didn't need something to fill the former Sander store whose lease they retained after selling off the label. 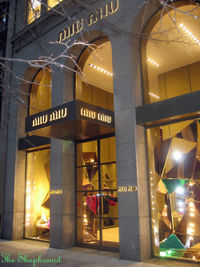 Faced with a glut of retail square footage, Prada's plan to elevate the status of Miu Miu from Prada Jr. to it's own fully fledged designer collection now looks a bit overambitious as the third level of the shop is partially closed off due to a sheer lack of merchandise. Frankly, even two floors looks like a bit of a stretch at the moment.
So, yeah, a huge three level Miu Miu flagship on East 57th street a few steps from Chanel, Dior and Burberry is just a bit of overkill, and possibly represents some wishful thinking on Prada's part, especially given the current conditions. On the plus side, the extra work put into differentiating the look of the once secondary brand is evident, and there are some pretty spectacular shoes waiting to be tried on which are still priced a notch or two below Prada. This makes them practically a bargain in this neighborhood. Lets hope for Miu Miu's sake that they get to stay, and maybe those salesmen will crack a smile.
Miu Miu 11 East 57th Street, between Fifth & Madison Avenues, Midtown