The Rumours That Won't Die:

What's New At The New MUJI? 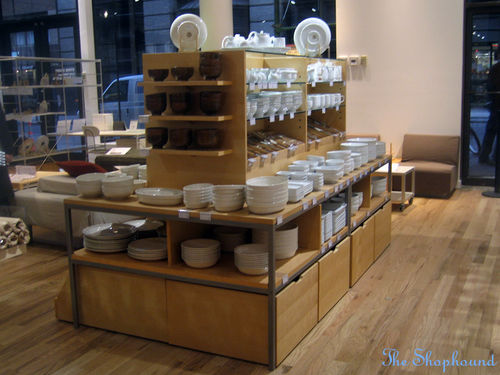 Yet another MUJI store is something The Shophound can still get excited about even though we are now fully familiar with the Japanese retailer's charms.
The new Flatiron District branch holds few surprises for the MUJI faithful, but allows the chain to cover more ground and adds a more convenient location for those who don't feel like schlepping all the way to SoHo or, frankly, don't get to the New York Times building (or Port Authority Bus Terminal) very often.
This one, somewhat erroneously dubbed MUJI Chelsea, is just west of Fifth Avenue on 19th Street. The stock is what we can now recognize as standard MUJI, which makes it no less attractive, although this branch's mix is edited and arranged to put more emphasis on apparel (much of which is currently on sale for 50% off) and home furnishings. Note the tableware display up front.
This is MUJI's fourth New York store including the JFK Airport location, and after only a year in business here, they seem to have molded their concept well to suit our particularly finicky market.
So what's in store for the Japanese phenom whose simple, high quality, well priced goods seem particularly well positioned for current economic conditions? We have no official announcements as of yet, but assuming all stores continue performing well, we would expect a few more shops like this one further uptown and with the inevitable banks locations closing and consolidating (WaMu into Chase, for example) plenty of prime space should be opening up in the next year or so.
In the meantime, we still have a laundry list of things we'd love from MUJI, which is looking like an exceptionally good stocking stuffer source this year. No longer full of surprises, It's still full of appealing goods.
MUJI Chelsea 16 West 19th Street between Fifth and Sixth Avenues, Flatiron District
More pictures after the jump- 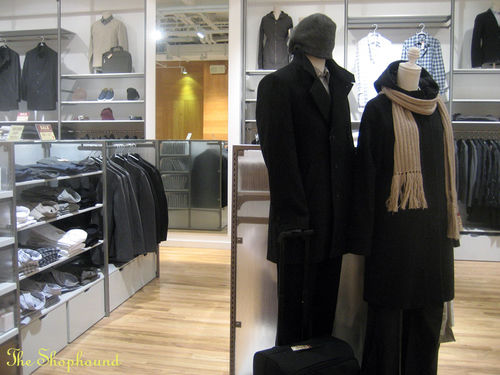 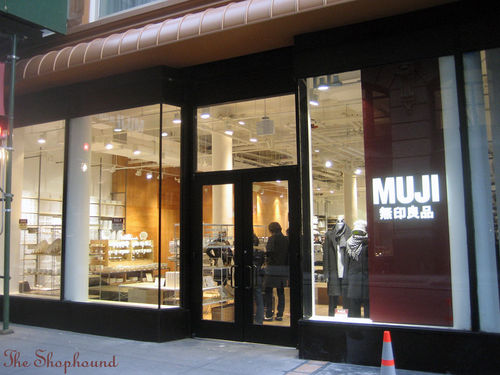