PROJECT RUNWAY's
Bryant Park Show
Will Go On... In Secret 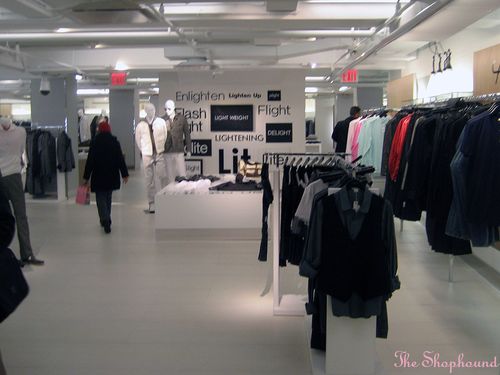 This week, Bloomingdale's has taken the plywood down to reveal yet another renovated men's floor at the 59th Street Flagship. What used to be a gloomy, mazelike suit department on a mid-level basement mezzanine has been opened up and whitewashed to create a stark new environment for designer collections like John Varvatos, Michael Kors, Helmut Lang and Theory as well as a new home (possibly temporary?) for socks and underwear. While the exposed pipes and ductwork would seem to be a minimalist style choice, it seems clear that covering them with a more refined ceiling might leave taller customers with bumped heads. Bloomingdale's is making the most of every available square foot. Off to the side, there appears to be space for a new restaurant that has yet to materialize.
We are happy to see that Bloomie's hasn't let the economy slow down this long overdue revamp (take a note, Saks!), as a walk through the store indicates that other men's areas are being closed off in preparaion for their transformations as soon as others are opened up. So far, the department looks to be about 70% completed with this update. It appears that the northern half of the men's main floor is close to being unveiled as well, which will be followed by the renovation of the southern half which is already being packed up.
So far, we are giving Bloomingdale's high marks for the upgrade not only in the atmosphere but also in the vendor mix downstairs in what used to be a disjointed dungeon of a men's department. Presumably, when its customers are finally ready for serious shopping again, the store will be ready for them.
Bloomingdale's Men's Store Lexington Avenue at 59th Street, Upper East Side
UPDATE: The New York Times reports that FLIP, a burger restaurant with a bar and a children's menu, will open on February 23rd in the newly renovated Men's Store.
Burgers. In the basement.
We certainly hope they have a good ventilation system. 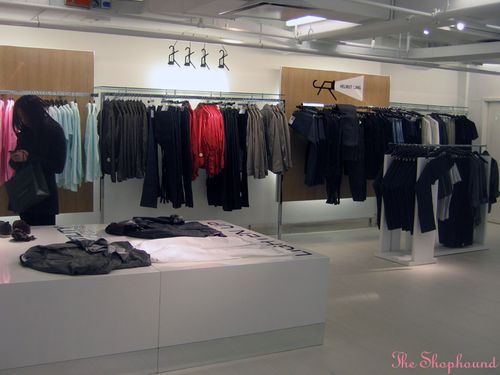