Is Barneys On The Block
Again? Really?

Today In Lack Of Business Troubles:

Lounge Meets Its End
In The Limelight 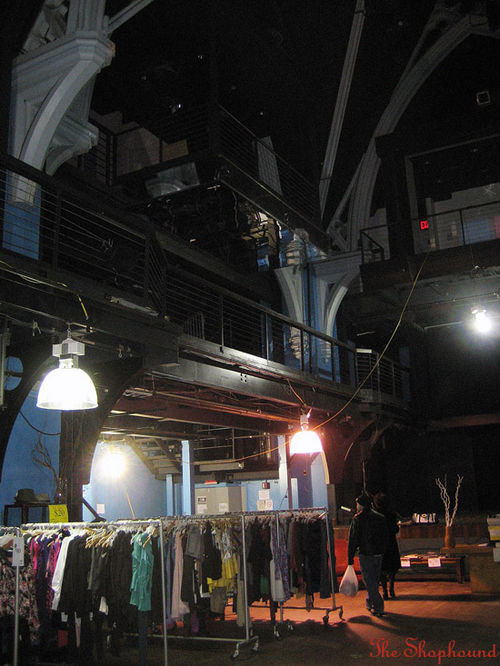 So we were walking up Sixth Avenue this past weekend after a visit to The Container Store, when we noticed that the empty old church that once housed the infamous nightclub Limelight and its variously named successors had a new banner reading "Lounge". For an instant, we thought it was re-opening under yet another new name, until we realized that the banner was from the SoHo boutique that was recently forced to close and relinquish its space to an upcoming Victoria's Secret flagship store.
Lounge has engendered no small amount of ill will among customers over the past few months by inflating the original prices of its merchandise so that its deeply discounted "liquidation" prices were really closer to full retail (a practice which may actually be illegal) as well as reportedly dishonoring gift certificates and store credits among other unscrupulous procedures.
Now it seems that Lounge has taken up residence in the deconsecrated church to get rid of the last of the picked over dregs of its merchandise.
What's vaguely disconcerting is that in addition to the banner, Lounge has affixed one of its old signs next to the doors to the chapel/dance floor, suggesting that it may be using the space to run a "sample sale" for a while. It's hard to imagine that Lounge is planning to resurrect itself as a more upscale boutique in South Florida after leaving such a schlocky legacy in Manhattan.
As for its current incarnation, its always a bit odd to walk into a nightclub during daylight hours when the usual lights and music are not in effect, and even more so when the club is long past its legendary and scandalous prime. Now that it's been turned into a sample sale venue, the seediness is just overwhelming.
We're not sure if we're feeling nostalgic for the glittery Limelight of years ago, or if we're just annoyed that Lounge won't go away already. Frankly, we think New York could use a wild nightclub a lot more than yet another dodgy sample sale.
Previously: Relocations And Transitions: Retail Euthanasia Makes Way For Panties
Liquidation Update: Lounge Not Closing, But Migrating To Sunnier Climes 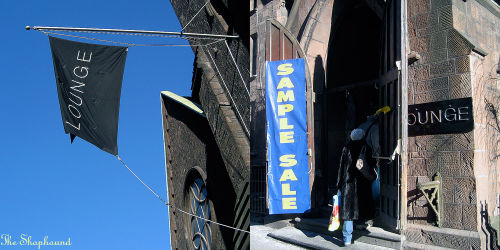 Very sad to look at that 1st photo since its being used for a "sample sale" ....

Really wish someone could bring this good old church back to life. Maybe one day !!!

True... sad to see it as a clothing boutique. Michael Alig may get parole in the beginning of 2010... bring back Limelight!!

Lounge, Gone Baby Gone! Another pathetic store to disappear. Heard they have a new project in Limelight to rent spaces to vendors. Who the hell will go there?! What a waste of space. Only morons will open their boutiques in that Dump. The moral of the store is: Lounge will open its doors to all the losers who can not get actual stores. Or not to forget the poor shoppers who will get ripped off once again.

Bring back the Night Club Limelight. That would be EPIC!