Don't-Call-It-Biba For Topshop
To Launch Next Week 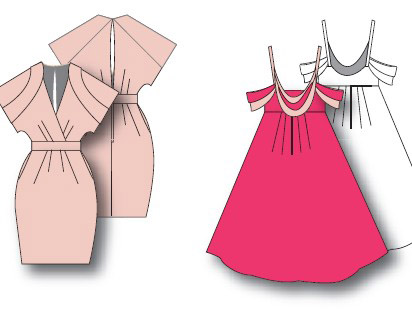 Bluefly has released a few more sketches from the exclusive collection that the most recent Project Runway champ Leanne will be selling on the site...eventually. We are told the line has been taking a little bit longer than planned to get produced partly because of Leanne's commitment using the right sustainable and eco-friendly fabrics like the fuchsia bamboo jersey used in the circle dress above. Still no word on prices or exact dates, but it looks like a summer collection, so look for it to debut sometime... soon?
As for the next season, which has been completely filmed and finished since February, it will now be officially airing on Lifetime starting August 20th at 10 PM along with a new companion show ‘Models of the Runway’ following the models working the show.
Mark your calendars.