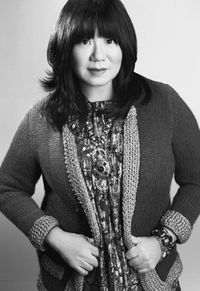 She may be losing Bendel's business, but Anna Sui will be gaining a new audience this fall as she becomes the second designer to participate in Target's Designer Collaborations series this fall. The designer has created a special collection for the mass retailer that will début in September.
This program is not to be confused with Target's popular Go International collections which is meant to feature young, less well known designers. "Designer Collaborations" has been created for the retailer to work with more established names like her predecessor, Alexander McQueen, whose McQ for Target collection was released earlier this year. Like McQueen, Sui has chosen a particular muse to inspire the line, and hers are the four female lead characters from the TV series "Gossip Girl", who have already worn the designer's clothes onscreen. Never accuse Sui of not being media savvy. At the very least, we can now count on another glittery preview party in New York, where the four actresses who play the characters will be busy filming the show in September. Sui tells WWD:

When I was in Asia last year, all the young girls kept asking me about the different locations in New York City where the characters from ‘Gossip Girl’ live. I liked the idea of creating a collection reflective of each characters’ style, sensibility and unique approach to fashion. By combining the elements of art, city, spirit, punk and glamour, we created a collection that exudes New York City fashion.

We have no word yet on whether or not there will be a special Manhattan pop-up outlet to kick off the collection, but we think it's a pretty safe bet. We only hope, however, that they find a more convenient venue than the West Side Highway warehouse that housed McQueen's temporary store.
Your opportunity to dress in Sui's vision of Blair, Serena, Vanessa or Little J. (or will it be Lily?) begins on September 13th and and will run through October 17th.
Target Signs Designer Anna Sui (WWD)