Biography Bookshop Transitions
Down The Street 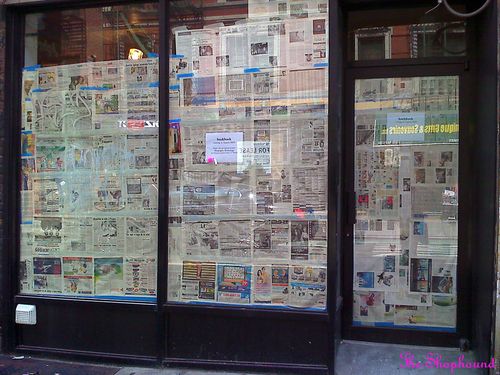 The folks at Biography Bookshop have made it known for some time that their days at the end of Bleecker Street are numbered. Last week they officially notified passersby that they would be vacating the enviable corner storefront in January of 2010. In an unusual overlap, however, their new location will be opening in August at 266 Bleecker Street between Morton & Leroy Streets in the thick of the more food-centric section of the street.
Additionally, the shop will undergo a name change to Bookbook, officially broadening its focus beyond biographies. Rampant speculation has the soon-to-be-vacant corner store at 11th & Bleecker in line for the new retail concept that Marc Jacobs teased earlier this year, but, so far, all parties remain mum.
While the new location might not seem like the obvious spot for a bookstore, it's no less appropriate than Bleecker's now boutique laden northern end, and is equally well trafficked, so we hope Bookbook has a long and healthy life amongst the butchers and cheesemongers.
Perhaps it's time to beef up that cookbook section? 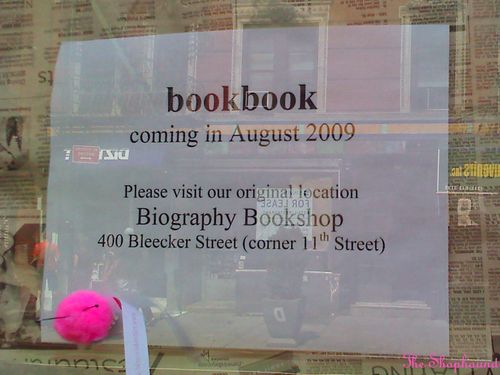 Posted at 09:50 AM in Bleecker Street, Relocations | Permalink | Comments (0)