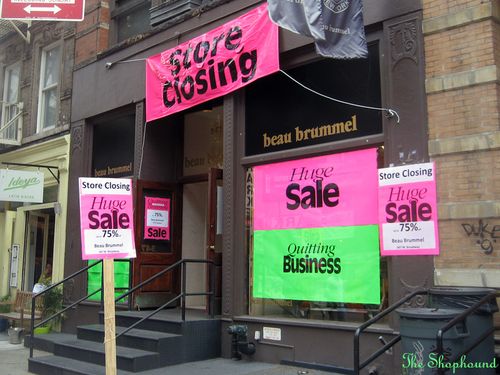 Here's yet another signpost of the current economic climate. Longtime Manhattan men's boutique Beau Brummel is finally throwing in the towel after decades in New York. Over the years, the store has occupied various locations around Manhattan both up and downtown, but in recent years consolidated its business in a single store at 347 West Broadway between Broome and Grand streets where it maintained a fully stocked bar along with its usual stock of European menswear.
That menswear is now 75% off, and may go even lower before the end arrives. So far as we know, the drinks will remain on the house.

Wow. I bought my first Hugo Boss shirts and ties there about 20 years ago.