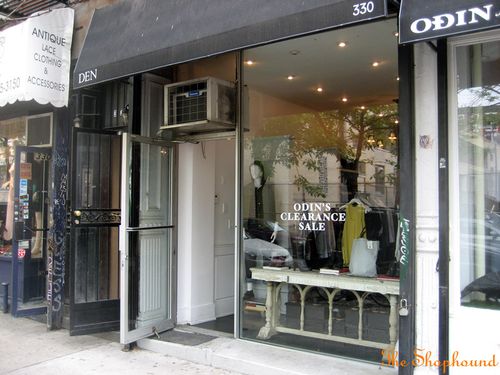 Call it the Little East Village Boutique that could.
Odin, the 5-year-old East 11th Street men's shop that has helped launch and showcase designers like Robert Geller, Tim Hamilton and Engineered Garments to name just a few, will be adding another location, its third, as just one of its upcoming projects. Owners Eddy Chai and Paul Birardi will be taking over the Oliver Spencer Boutique on Greenwich Street in the West Village. Spencer will be moving East to take over the space occupied by Den, Odin's revolving concept space next door, while the Den concept will be absorbed into the Odin flagship on Lafayette Street in SoHo.
If that little game of musical stores isn't enough, Chai and Birardi are working with Duckie Brown designers Daniel Silver and Steven Cox to create a contemporary priced classic collection called Edward which, naturally, will launch exclusively in Odin's stores.
Having thoroughly covered the territory below 14th Street, could Odin's next stop be uptown?
Odin Owners Continue to Expand Their Reach (WWD)