This Week's Other Sales 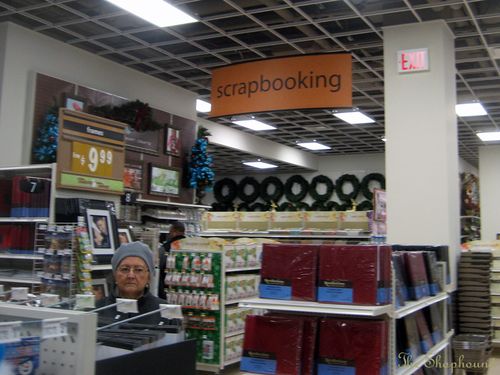 Considering that they have like a zillion locations in New York State alone, we're actually pretty surprised that it took this long for Michael's, the big box crafts category killer, to make it to Manhattan. The wait is over now. Although the Grand Opening is this Sunday, the doors are already open, and the store, which is basically like a Bed Bath & Beyond for all kinds of arts and crafts, is offering pre-opening specials. Flyers are currently circulating around the Upper West Side offering 40% off a single item through this Saturday the 24th. 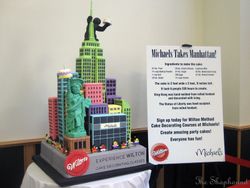 We have to admit that we aren't particularly familiar with Michael's. Like most respectable Manhattanites, The Shophound fulfills most of our crafty needs at places like Pearl Paint, Utrecht or Dick Blick, but since Michael's is in the new Columbus Square complex only a stone's throw from Shophound HQ, we gave it a look-see.
The first thing we noticed as we descended the escalator to the entirely subterranean store was the spicy aroma if holiday candles.
We decided to proceed anyway.
There are certainly useful things to be found here, like a huge selection of custom and ready-made picture frames. It's not by accident that Martha Stewart is a featured brand there, but then there's a sizable section devoted to scrapbooking, a pastime we still don't entirely understand. Apparently it involves lots of little things that get glued or fastened into books like pictures and felt. It also involves many of the same sorts of tools one might find at Home Depot, but are sold here in pink versions. Nearby, we find sections devoted to flower arranging (real and fake) knitting (mostly acrylic yarn), and rows and rows of all sorts of ribbon. Given the time of year, it was not surprising to find a large portion of the store given over to tinsel-y Christmas notions, hence the spicy candle smell. 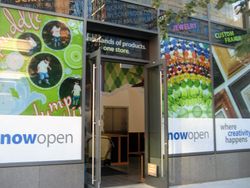 Essentially, the store is a compendium of any and all sorts of doodads and thingamajigs which, though hopelessly suburban-feeling, will probably prove indispensable at some point.
We never know when the desire will strike to do some embroidery, macramé or weave a lanyard. When we get the uncontrollable urge to découpage, we'll know where to go.
Michael's 808 Columbus Avenue at 100th Street, Upper West Side