eBay Returns To 57th Street
—This Time For Everybody 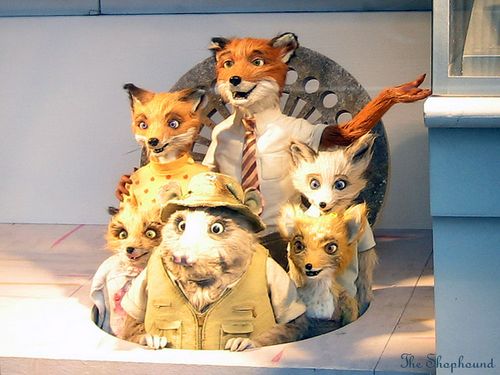 The Shophound has barely begun our holiday window surveys this year, but we have found an early favorite in Bergdorf Goodman's Men's store which has filled its windows with the figures from the current animated film adaptation of Roald Dahl's "Fantastic Mr. Fox".
Sure, it's a corporately sponsored display designed to promote a feature film, but it's done with charm and taste. How are we to resist this beguiling vulpine family and their friends? What can we say? We have a weakness for Roald Dahl's children's books.
We haven't even seen the movie yet, but we are totally enchanted by the painstakingly created little figures that dot the men's store windows. The Big Windows at the Women's store across the street are still under wraps, and we expect them to be as lavish as always, but for a lighter touch, the little brother across the street gets a special prize from us. 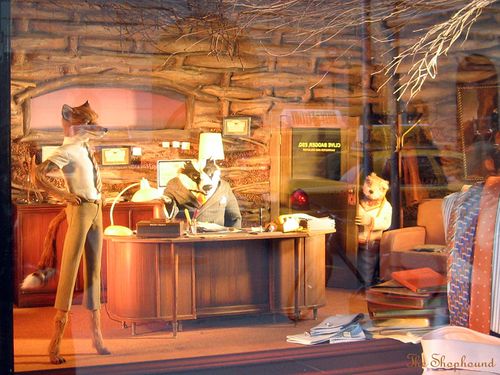