Brooklyn Flea Branches Out
To NoHo For The Holidays

The Limited Hangs Around Awhile 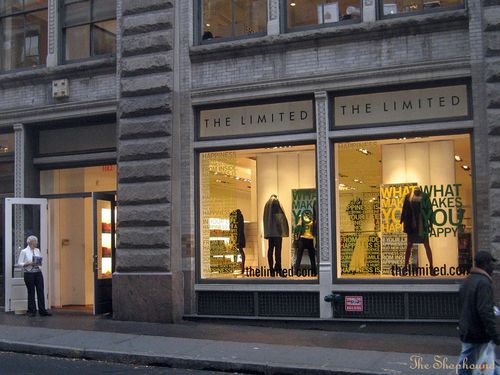 Anyone who missed The Limited's four day return to Manhattan last month (like us, for example) can rest easy because the pop-up store on Spring Street where Hogan used to live (whatever happened to Hogan, anyway?) has been extended through December as a result of overwhelming response. Since its opening, the temporary store has been one of the best performing units in the chain.
The Limited!
Go figure.
Perhaps absence has made the hearts of Manhattanites grow fonder, but, frankly, we barely noticed it had been missing for 10 years, which is why its parent company, Limited Brands, practically gave away sold a majority stake in its namesake division to Sun Capital Partners a couple of years ago. Sun now has the task of turning around a once powerful chain that had become irrelevant enough to put into retail foster care.
So what does The Limited look like today?
Not half bad.
Proving the chain's relevance will be an uphill battle in a crowded market with a penny pinching customer base. The chain now has to compete with the Zaras and H&Ms of the world, and a Topshop ready to further invade its home turf, but a revitalized design team seems to be working hard to make the store appealing again. If what's in the pop-up is any indication, they're doing an admirable job with the revamped Limited looking fresh, on-trend and well priced, putting it way ahead of most mall chains. Apparently, the challenge of being the underdog has revitalized it. Along with the chain's private labels Forenza and Outback Red, The Limited has even revived one of the staples of its '80s heyday, the brightly colored shaker knit sweater. We're a little on the fence about this idea. Anyone who was around then can easily recall the late '80s glut of shaker knit sweaters as the popular item replicated itself throughout the mall, though that might give the item just enough nostalgic camp appeal to stage a comeback.
There's talk that if things go well, The Limited might stay on Spring Street permanently. We think they are better suited to a Broadway location a few blocks away, to be honest, but so far the chain has done an unexpectedly good job earning its comeback.
The Limited NYC Pop-Up through December 28th (for now) 134 Spring St., between Wooster and Greene Streets, SoHo
Previously:
Limited Unloads The Limited...For Less Than Nothing.