Bartlett Branches Out With
Womenswear For Fall 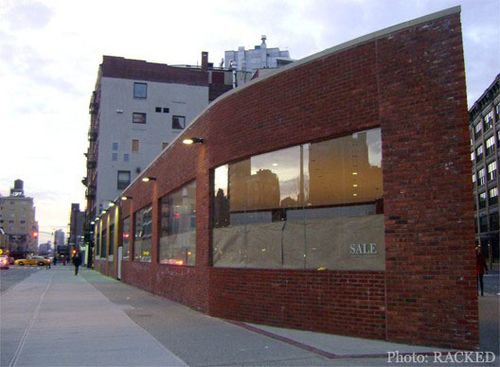 While we have been clamoring to UNIQLO this week, we almost missed the story of another significant Japanese retailer in the city. Celebrated designer Yohji Yamamoto has quietly closed his New York shops this week with little warning or press coverage. As far as we can tell, WWD has ignored the story entirely. Closings include the designer's longtime flagship on Grand Street in SoHo as well as his two year old satellite shop on Gansevoort Street. The Y-3 shops remain open as they are operated by Adidas which owns the collaboration label.
One can only assume that this news is related to the financial troubles that Yamamoto has faced since his bankruptcy filing last fall, so it's not a total surprise, but the silent departure is still a bit jarring. Our friends at RACKED report that the closings extend to most of Yamamoto's international boutiques as well, including a brand new flagship store in Paris, with only a few locations remaining open. Apparently a 90% closing sale was briefly, and very quietly held before the shops closed permanently this past Tuesday.
This leaves a huge space on Grand Street available along with the Gansevoort Street shop, an unusual space renovated at great expense specifically for the designer with stockrooms and back offices accessible only by exiting the shop and going outside the building.
If we are not mistaken, this leaves Comme des Garçons as the only major Japanese designer with a boutique in New York (or all of America for that matter, and no, we are not counting A Bathing Ape).
(UPDATE: We've been reminded that we still have Issey Miyake, too.)
Breaking: Yohji Yamamoto's Two NYC Stores Abruptly Close (Racked)
Breaking: Yohji Yamamoto Store Closings Ripple Around The World (Racked)

This sucks...but on the Japanese designer front, we still have Issey Miyake...

Well, as long as Comme des Garçons is not closing, I will not be too upset...