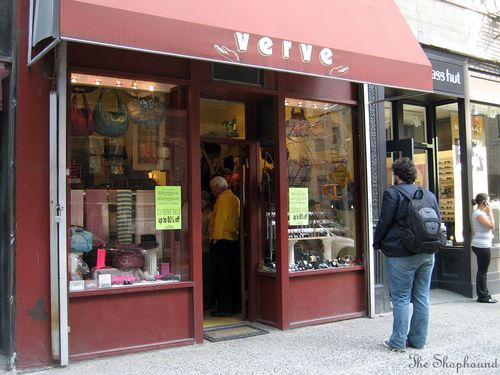 Fans of Bleecker Street's Verve Accessories Outlet have about one week left as the small shop between Charles and West 10th Streets has failed to renew its lease and will close on Sunday, March 28th. As one of the last remaining independent stores on Bleecker, the news is not surprising. The good news is that the larger, original Verve shoe store, a self described pioneer on the next block as well as the Columbus Avenue branch uptown remain fully open and operational.
The closing notice after the jump— 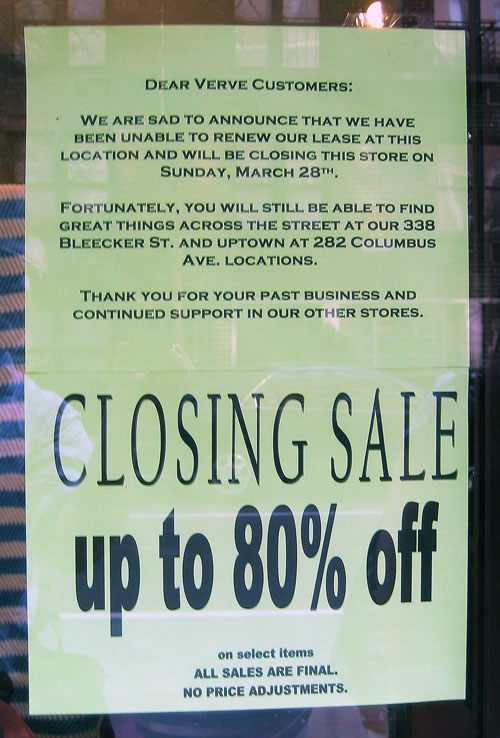