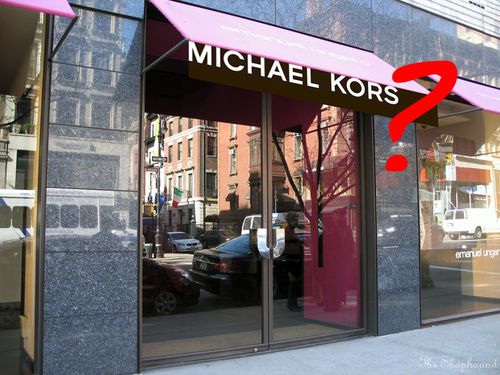 The wily Madison Avenue Spy has gotten ahold of the scoop that the recently shuttered Emanuel Ungaro boutique at Madison Avenue and 67th Street will be taken over by none other than Michael Kors. This is only something of a surprise because Kors already has two significant shops on Madison, an exclusive Collection flagship at 77th Street and a lifestyle unit at 60th Street much like his Spring Street Store (the one that took over Jerry's, which we just discovered has reappeared on Chambers Street, but we digress).
So what would the snarky, perma-tanned arbiter of Project Runway do with another shop within the seventeen block span? The space is reportedly 1,600 square feet, and we're putting our theoretical money on a men's store. Without excessive hype, Kors' men's line has become as much of a mainstay for the major stores as his women's labels —plus it's the only component of his business not yet represented in his stores on Madison.
Of course, this is all unconfirmed, which means the place could easily turn out to become another BCBG or a Kate Spade or something, but it's something to think about...
Kors Takes Ungaro (Madison Avenue Spy)
Previously:
A House In Decline: Lohan Is Out At Ungaro, But Not Before Madison Avenue Boutique Is Shuttered