It's A Bookstore On Bleecker
For Marc Jacobs?

This Week Online (And In Stores)

Costello Tagliapietra
Hits UNIQLO in May 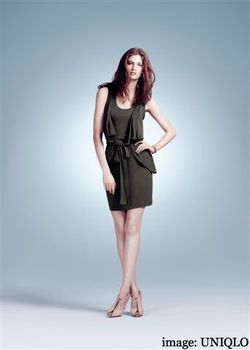 Mark your calendars. There's one more collaboration line coming that will be worth going out of your way for.

UNIQLO has an impressive track record picking out American designers to boost with a collaboration capsule collection, and its latest pick is Brooklyn based design duo, Costello Tagliapietra whose line will launch on Thursday, May 20th at the SoHo flagship.

The pair follows names like Phillip Lim and Alexander Wang among others who have seen business boom after being featured by the chain. Although there is still only one UNIQLO in the U.S. and a handful across Europe, there are hundreds of stores in Japan and other parts of Asia, so the benefits of such exposure can be immeasurable to an up-and-coming independent label.

The Shophound has been admiring Jeffrey Costello and Robert Tagliapietra's expertly draped and tailored dresses for seasons (we have shots from their Fall 2010 Collection HERE), and their signature luxurious style will be translated to 14 different dresses in silks and slub jerseys priced from $29.50 to $39.50 and meant to take women from day into evening with a minimum of restyling. 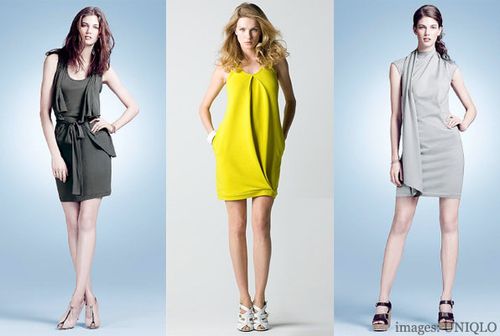