Will Nordstrom Rack Be Ready
In Only Five Weeks?

Alien At The Country Club Edition 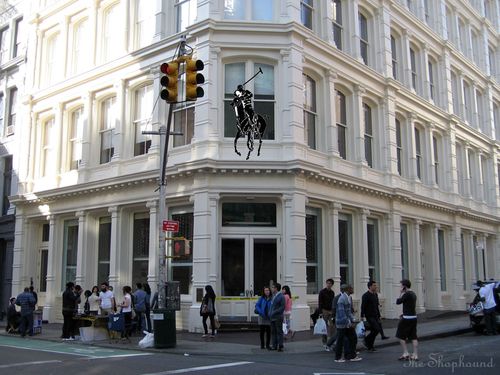 CLICK ALL IMAGES FOR A LARGER VIEW IN A NEW WINDOW
Ralph Lauren's leasing of the retail space at 109 Prince Street is significant not only because it will mean yet another Lauren boutique downtown, but also because the building is not your average run-of-the-mill structure. 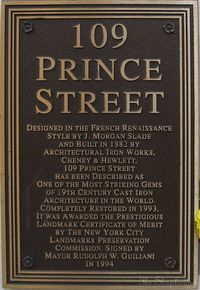 Designated a New York City Landmark after an extensive restoration in 1994 (which, we believe is the year when Replay moved in) the 1882 building is considered a gem of the French Renaissance cast-iron construction which is the neighborhood's indigenous architectural form. As a landmark, the exterior is protected from alteration without approval by the city's Landmarks Preservation Commission. Our hazy early '90s memory of the building vaguely recalls it as a restaurant before it became a sportswear store.

Over the weekend, the windows were uncovered and there was plenty of light, so here are a few pictures of the raw space Lauren has to work with. So far, there's no word on which Polo Ralph Lauren brands the store will showcase, but we will be keeping an ear out. This is a significant piece of real estate, so we are betting that whatever goes in there will be a Major Brand Statement for Ralph. 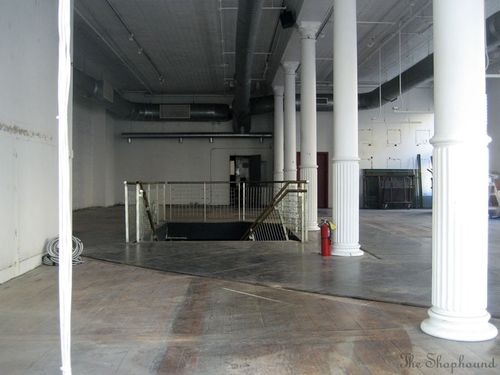 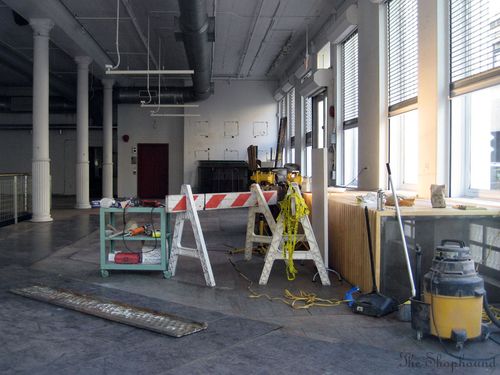