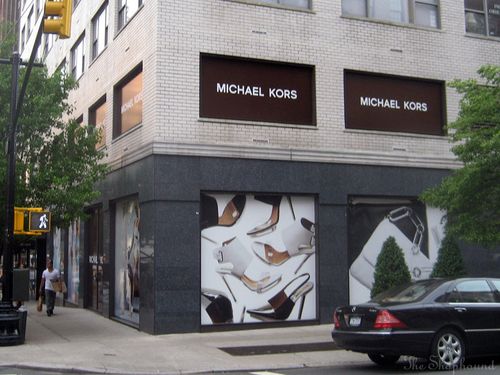 Well, the signs don,'t lie. While we have yet to hear an official announcement, Michael Kors is now obviously putting a store in the space formerly occupied by Emanuel Ungaro on Madison Avenue at 67th Street as was earlier rumored.

The question remains: What is he putting there?

He already has a lifestyle store at 60th street focusing, like his SoHo shop, primarily on accessories and clothes from his diffusion lines Michael and Kors. At 77th, he has long had his more exclusive Collection flagship store, so what exactly is going in the third store? The images papering over the windows are apparently from his Collection ready-to-wear and accessory campaign, so is he moving his flagship to the the two-level store in a higher profile location and closing or converting the the old location into something else, or possibly adding a new store concept? Or what?