H&M Gets A Relaunch In Harlem 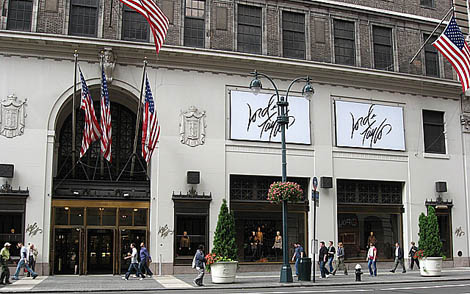 There's been no official announcement from the store, but WWD reports today that home furnishings vendors have begun taking orders from Lord & Taylor, which hasn't sold such items in about 20 years. The report says that as a part of the store's long overdue renovations on Fifth Avenue, the ninth floor will now be the Home floor, anchored by Ralph Lauren's Lauren and Calvin Klein's White Label lines. Other brands will probably be added as well (especially since focusing on just those two wouldn't leave much differentiation from Macy's and Bloomingdale's where they are already featured heavily).

There has been much speculation about the final configuration of Lord & Taylor's venerable flagship, which at one point included the possibility of downsizing and closing some floors to selling, but if they are stocking the store all the way up to the ninth floor, it looks more like they are capitalizing on more efficient use of space by adding potentially lucrative departments. You'll find no complaints here. For now, the revived department will be limited to the Fifth Avenue store, but if successful, will likely be rolled out to appropriate locations in the rest of the chain.