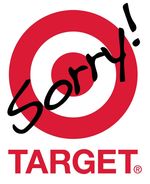 While Target has been basking in the attention over its shiny new Harlem store during the past week or so, it has also been the object of complaints, anger and boycott threats over a $150,000 donation through the company's own PAC to the Minnesota Forward PAC which supports Republican Gubernatorial candidate Tom Emmer. The candidate is known for his conservative, anti-gay stances on a number of issues, so the financial support flies in the face of Target's otherwise exemplary record as an employer regarding Gay and Lesbian issues, as well as its sponsorship of Gay and Lesbian events.

While Target initially defended its donation as supporting business issues in the corporation's home state of Minnesota, it has now issued an apology and promised to set up a more extensive review process for future political donations. It is not unusual, however, for large corporations such as Target to support candidates over a broad political spectrum in their home states where legislation can affect their business.

Target CEO Gregg Steinhafel wrote in a letter to employees, "While I firmly believe that a business climate conducive to growth is critical to our future, I realize our decision affected many of you in a way I did not anticipate, and for that I am genuinely sorry," which should go a long way to mollify critics and potential former customers of the huge chain.