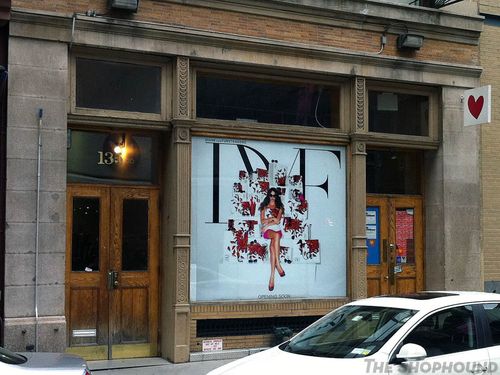 Hey, did we miss something? When did Diane Von Furstenberg announce a SoHo store? Well, it might have been when the sign went up in the window of 135 Wooster Street, formerly the home of Agatha Ruiz de la Prada (whose heart sign still hangs above the door). The new boutique will open at that nebulous date called "soon", but if there was ever a can't-fail venture, it would be something like a Diane Von Furstenberg boutique in a place like SoHo right near the Fred Perry and Adidas Originals shops. Expect crowds "soon".