TOO LITTLE TOO LATE:

Scoop Falls Behind The Curve 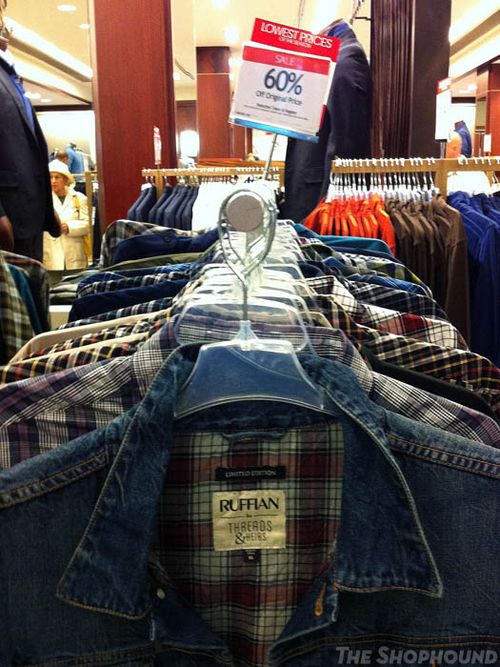 The people have spoken.

Though it was released with some fanfare, the Macy's collaboration with Ruffian's designers Brian Wolk and Claude Morais for its Threads & Heirs proprietary label appears to have fizzled. A recent tour through the Herald Square flagship found the collection bursting out of clearance racks that were pushed into a corner. Not every designer collaboration is destined for throngs of grabbing customers, apparently. We hope the folks at Ruffian made lots of cash for their independent company from the deal, but it appears that customers felt as we did —that the accomplished women's designers didn't have as sure of a hand with menswear, and their label had no recognition from the targeted customer.

Our question, however, is why doesn't Macy's offer they guys at Ruffian a women's line to design? Their own designer collection is much admired, so why not introduce them to a wider audience in a way that would show them at their best?