Onassis Drops Its Anchor In SoHo 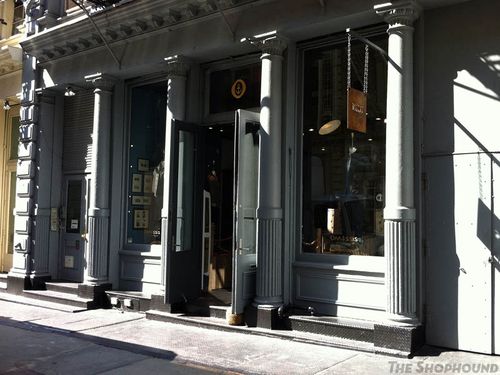 With a name like Onassis, we were expecting something more lavish to take up residence in the former PHI space on Greene Street, but the store seems to have little to do with Aristotle, and certainly not Jackie at all. A vaguely nautical theme may be the only nod to the notorious Greek shipping magnate, but the focus here is on casual men's sportswear with a dash of style at a surprisingly gentle price.

As far as we can tell, this is the only Onassis store, with e-commerce promised by the end of November, and with a name like that, Googling is obviously a challenge. The official site boasts design teams in New York and Tokyo who spent a year creating the perfect woven shirt out of pre-washed fabrics and handmade Japanese buttons, and this looks like a launch. The label is presented here as a complete collection including underwear and accessories that seems to have come out of nowhere. The look is straightforward and relaxed (read super-commercial) with a distinct glance in the direction of John Varvatos a block or so away, but at gentler prices and impressive quality. It's all very current looking without being aggressively fashion-y which could turn out to be a gold mine if the right customers find it. A well-styled chambray shirt and slouchy outerwear are eye-catchers, and there are abundant assortments of slubby jersey knits and jeans, jeans, jeans. Think of it as a laid-back but rugged enough alternative to the onslaught of preppy plaids and argyles currently hijacking men's stores everywhere.

PHI's stark interior has been warmed up with oriental rugs and lots of weathered, wooden fixtures, and as an added attraction, the rear of the store has been converted into an airy coffee lounge. it may not be the decadent luxury boutique that its name might suggest, but Onassis looks like a place where a guy who needs a bit of direction when it comes to dressing (and we all know that there are tons of those) could be let loose without fear that he might go too far wrong. In other words, it's a place to bring your fashion-resistant boyfriend/husband/whatever for a makeover. That's something any city, even New York, can always use. 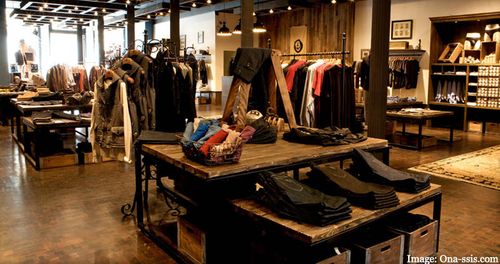