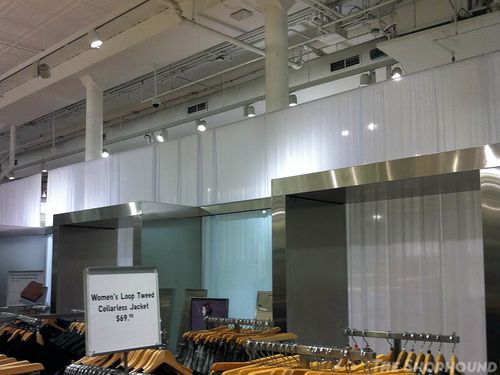 That pipe-and-drape can only mean one thing. The folks at UNIQLO's SoHo flagship are behind that ethereal scrim getting ready for the first Fall delivery of the +J label designed by Jil Sander. The store will open at 8 AM on October 7th for early birds who want to make sure they can get their hands on the best pieces before they sell out (and they will). Previews have been scarcer this season, but after two strong showings, we are pretty sure it's worth going out of your way for.

In the meantime, its also worth taking a look at the store's capsule collection of cashmere from Velvet by Graham & Spencer. It's a sequel to their summer line of cotton knits and offers some great basic pieces in pure cashmere mostly under $130.