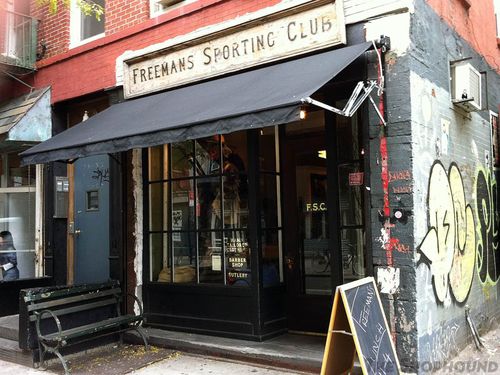 The Shophound found ourself on the Lower East Side yesterday, and realized that we hadn't visited the original Freeman's Sporting Club store on Rivington Street for a couple of years. Even though they have a new branch on the more often traveled Bleecker Street, we thought we would stop in for a fresh look at the original as the trend for arcana of all sorts in menswear that the store/barber shop has helped fuel has reached a peak this season.

Here's what we liked:

And here's what we didn't love:

So overall, the pros far outweigh the cons, and Freeman's Sporting Club is not only holding up well, but seems to be evolving and possibly transcending its niche. They should be around for a while —as long as they step up that service.