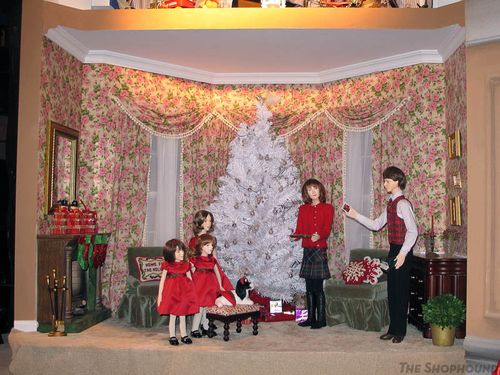 Lord & Taylor will unveil its famous Holiday windows this Monday, November 15th, but yesterday, The Shophound got a rare sneak peek at one of the windows that the store's visual team has been working furiously to prepare for next weeks debut. We were ushered downstairs to the workshop (part of which is actually underneath Fifth Avenue) and allowed to view one nearly finished window as it was being assembled in the store's unique hydraulic lift system, a small, officially sanctioned portion of which is pictured above.

This year, Vice President of Visual Merchandising Scott Devine and his team broke from tradition just a bit. Instead of dreaming up another nostalgic Victorian-era theme, they turned to the Lord & Taylor's Facebook fans and asked for stories about their holiday memories. After sifting through a torrent of response, favorites were chosen and incorporated into the store's Holiday window designs titled "Share The Joy". Nine months in the making (just like a baby), the windows will stand out this year by including more modern scenes and contemporary families, but still framed with the store's beloved, animated Holiday flair. 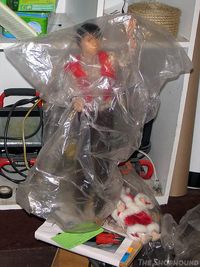 Monday's unveiling extravaganza will be an all-day affair with special appearances from Candy Queen Dylan Lauren, her almost in-law FEED Projects co-founder Lauren Bush and restaurateur Sarabeth Levine, culminating at 5:30 PM with a performance by The Young People's Chorus of New York City featuring Emmy and Tony winning "Promise, Promises" star Kristin Chenoweth. We would totally go out of our way for a free Cheno appearance, and she will sing a specially composed song for the occasion.

If that's not enough to get you to 39th and Fifth on Monday, then you might consider that the store will be offering $5 tickets that will get you a 20% savings on any single item as well as a 15% savings pass on nearly everything in the store including the cosmetics and fragrances that are always excluded from these kinds of offers. Ticket proceeds will go to the American Red Cross in Greater New York, so you're really kind of a stingy ogre if you don't go, aren't you? Something to think about while you are calculating your savings on a Chanel lipstick.