+J Has A Snowy But Subdued
Launch For Spring At UNIQLO

Adidas & Diesel Have A Sneaker Party 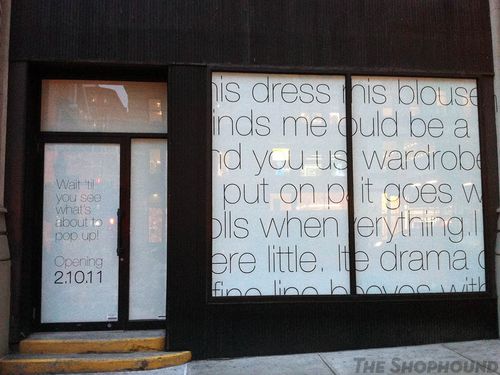 Last week The Shophound wondered exactly who belongs to the pop-up shop coming to Fifth Avenue and 20th Street on February 10th (above), and today's WWD graciously answered for us. It's Macy's. 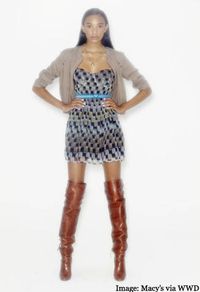 One could be forgiven for wondering why a giant department store chain with 800 units and its own biggest-store-in-the-world flagship only 14 blocks away would need to make any sort of pop-up store, but it turns out to be part of the launch for a new proprietary women's label called Bar III (pictured right). The new brand is meant to anchor an expansion of Macy's contemporary Impulse department and hopefully further burnish the chain's fashion image among young, fashion conscious female customers. The name Bar III is meant to evoke nightlife (for women who go to three bars in an evening?) and attract customers who have eyes for Scoop, Intermix and Barneys Co-op, but a slightly more conservative budget.

Macy's spokespeople are cagey about the prospects of the pop-up becoming permanent and spawning a specialty chain of its own. Macy's last foray into the smaller chain store business was about 20 years ago and gave us Aeropostale, which was eventually sold off, and Charter Club which was closed and converted into a wide ranging private label brand for the department store. Of course, that was when Macy's was a much smaller independent chain. Now that it is an 800 pound gorilla it can pretty much do anything it wants. Of course, we'll have to wait until February 10th to see what kind of potential Bar III really has.