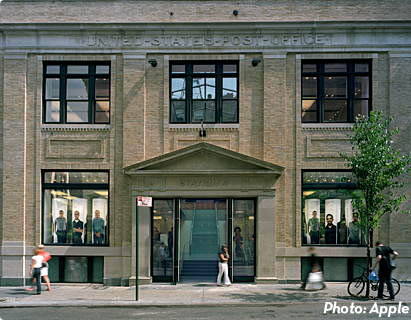 Apple's New York Stores are knee deep in construction. While the Fifth Avenue flagship cube entrance is being dismantled and rebuilt (see below), the latest word is that the SoHo Store, the city's first, is about to be temporarily relocated while extensive renovations are performed.

An instant hit when it opened in 2002, the 16,000 square foot store was the Apple chain's first flagship sized store. Now, out of Manhattan's four locations, it is the smallest, and recently arranged to take over the post office space that remained in the landmark building it occupies. The renovations will add 5,000 square feet to the store's main level for what is now a much needed expansion, and it looks like the store will have to be closed to the public while construction takes place. Exactly where it will move is the big question. No location has yet been announced, and replicating the store's services will be a challenge. It remains unique among the city's Apple stores with its upstairs amphitheater constantly in use for free software classes hosting celebrity appearances and performances to promote upcoming films, CDs and special events like The Tribeca Film Festival. Often these appearances are repurposed as iTunes podcasts. In addition the store has become a popular tourist magnet for its free internet and, for those in the know, easily accessible bathrooms.

AppleInsider reports that the relocation will happen sometime in the next three months, and consider that any construction is likely to be timed to be completed before the Holiday selling season starts. We expect it to be moved somewhere in the neighborhood, and when we find out where, we'll let you know. 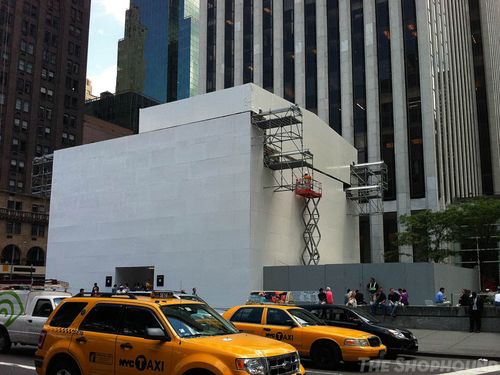