UNIQLO Finds An East Side Spot 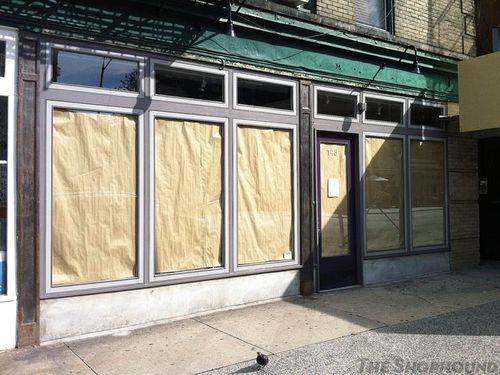 Don't let us mislead you. John Bartlett the designer is still very much among us, but he has closed the West Village boutique that bears his name.

The Shophound wasn't aware that Bartlett has thrown in the retail towel earlier this month until yesterday when we took a leisurely wander through the Village to discover the windows of his boutique covered over not to protect it from hurricane winds, but in butcher's paper indicating that the store had been shuttered permanently. On the door, there was a letter from the designer explaining that while he will continue selling through his website and designing the John Bartlett/Consensus and John Bartlett/Statements collections for The Bon-Ton Stores Inc., he has decided to devote more of his time to animal protection and advocacy causes, particularly the Tiny Tim Rescue Fund.

Bartlett has been increasing his involvement with animal causes steadily over the years, frequently using his store to host weekend adoption events with the North Shore Animal League. Though he showed (and wore) leather pants at his Fall 2010 show, by the time the collection hit his store, he had sworn off all animal products and announced that he would not stage another runway show until he could produce a fully vegan line that met his exacting standards. Bartlett created the Tiny Tim Rescue Fund in honor and memory of his own three legged adopted dog who became well known to customers as a part of the designer's logo as well as a frequent resident of the store. The fund supports rescue groups that pull animals from high-risk/high-kill shelters and provide medical care and fostering in order to find permanent homes for them. The fund receives sponsorship from Bon-Ton as well as 10% of all profits from merchandise sold on the John Bartlett website.

As for us, we'll miss John Bartlett's store. The designer has been a great friend to The Shophound since we walked into the store shortly after it opened to find him manning the register himself, as he often did on weekends. To his great credit, he has always followed his instincts in a way that makes his work uncommonly personal as well as commercially appealing, and we fully expect to keep hearing plenty from him in the future even without a store.

After the jump, Bartlett's store closing letter in its entirety