Barney's Warehouse Sale
Gets Picked Clean On The Last Day 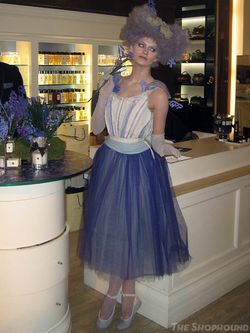 Having Fashion's Night Out at the beginning of Fashion Week can feel at times like something of an imposition to The Shophoun,, especially since it seems to be on its way to becoming an annual institution. After all, we already have more than enough to do this time of year without having to figure out a way to cover an immense event that is essentially un-coverable. There seems to be everything going on all at the same time all over the place.

We can't very well ignore it, as much as we might like to sometimes. Frankly, we don't really need celebrities or a party to get us to go out to stores because we do that all the time, and shopping with crowds is typically something we try to avoid. Our solution is to take a minimalistic approach and pick a few friends to visit and get out before things get crazy. We started out at Saks Fifth Avenue which is arguably an epicenter for FNO madness. Thankfully, years working the selling floor taught The Shophound how to quickly make our way through a crowded store, and we made it past, among other things, Jo Malone's fairy 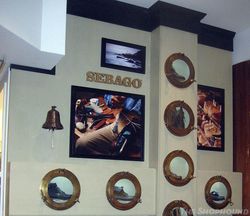 fragrance model (above right), a digital graffiti wall, a buoyant choir and crowds scrambling to shoot baskets with the new Mr. Kardashian, Kris Humphries, to visit our friends from Sebago who were showing off their new Artisan Collection collaborations with Vane and Ronnie Fieg (pictured at left). As if we didn't know, good shoes remain worth going out of our way for.

Next we headed a mere two blocks up the street to Gant where Michael Bastian and Rugger designer Christopher Bastin were appearing in support of their respective lines. We talked blogging with Bastian whose Sunshine Days blog about his upcoming Spring 2012 collaboration collection is thoroughly entertaining, in no small part because he genuinely writes every word himself. We hope he keeps it up as a regular thing, not that designing two collections a season and reorganizing his own brand is likely to leave him much extra time. 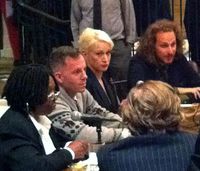 By this point we would have called it a night and headed home to get to work on Fashion Week posts, but we heard that Cintra Wilson, our very favorite erstwhile Critical Shopper, would be making an appearance at Bergdorf Goodman's men's store with Whoopi Goldberg and a panel of other luminaries including designers Marlon Gobel, Alexander Olch and Philip Crangi, David Coggins, writers Max Blagg and Glenn O'Brien to discuss the merits and shortcomings of the various forms of male facial hair (pictured in the sadly grainy picture at right). We missed most of the panel, so we really can't report their conclusions, but we got there just in time to meet La Cintra in person for the first time. We had corresponded occasionally over the past few years but had never actually met face to face, so when we discovered that we might have an opportunity to correct this obvious lapse, we put on our stalking hat (and by that we mean the king that Sherlock Holmes famously wore, of course) for just a moment and set out to find her. And find her we did, and we're happy to report that she is every bit as funny, witty and generally delightful as we could have hoped all wrapped up in a sleek black ensemble and a killer pair of PHI boots.. She's the kind of lady anyone would want to have a few drinks with, and so, thanks to Bergdorf's convenient open bar, we did. What did we talk about? Scandalous things we couldn't possibly recount here, of course. All we can say is Fashion's Night Out turned out to be more satisfying than we could have expected —not an imposition at all.