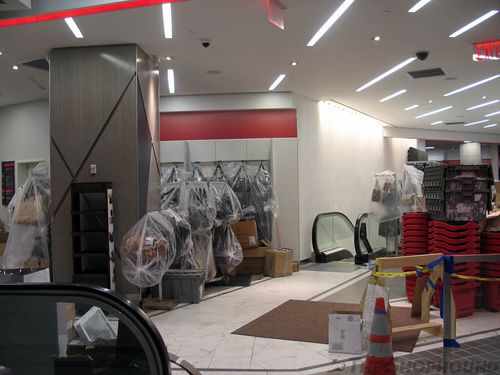 If you have been counting the days until the Upper West Side Century 21 opens, then you are down to single digits. The off-price chain is planning a soft opening for its Lincoln Square branch this Thursday the 15th of September, and we were told that Century 21 VIP cardholders will get priority, red-carpet entry on that day. We heard this from the people who signed us up for just such a card outside the store over the weekend. Apparently it's some sort of rewards program/line cutting device that is free, so why not?

More importantly, the wraps have been thrown off the former Barnes & Noble corner at Broadway and 66th Street, and you can see into the store as it is being stocked. Those of us accustomed to the haphazard decor (and by that we mean the lack thereof) of the main Financial District Century 21 may be surprised to see that the former bookstore has been fully gutted and rebuilt with what appears to be a consistent design. It's not exactly Barneys (which itself may not exactly be Barneys the way things are going over there), but it looks like it may be a step up from the general chaos that has characterized the typical Century 21 shopping experience until now. At at any rate, it looks like, at the very least, they are getting ready to give Loehmann's and Filene's Basement some serious competition this week. We'll see you there. 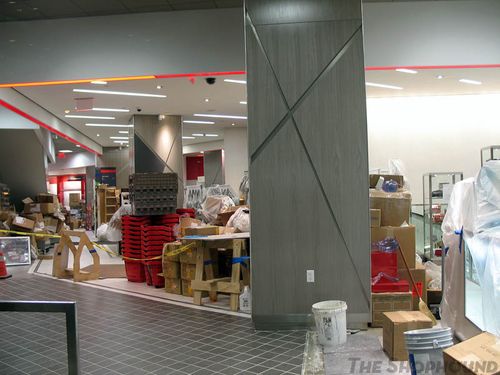 Do you know if only VIP members will have access on Thursday, or will they just have priority access?