Sofia Vergara Is Now At Kmart 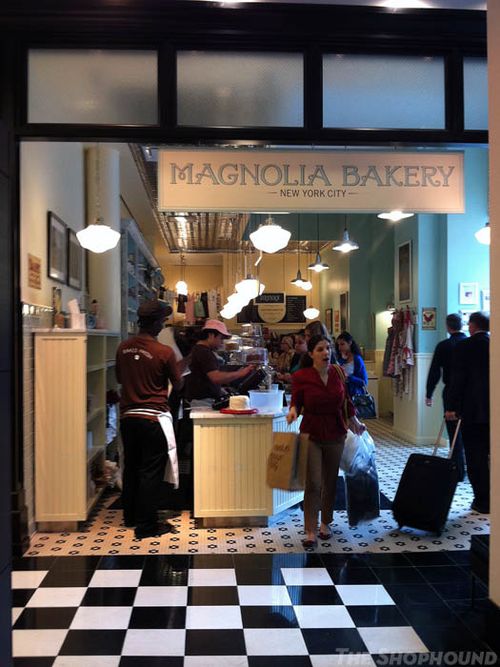 We suppose that it makes a strange sort of sense that cupcakes are now being sold under the same roof as Spanx.

Magnolia Bakery opened an outpost next to the Third Avenue entrance at Bloomingdale's (which has also acquired a shiny new canopy to the street). It is anly half a block away from Dylan's Candy bar, though we can't imagine that it could offer too much competition to that giant candy shrine. We have remarked a few times that macarons are the new cupcakes, which would have suggested that cupcake-centric bakeries should be on the decline, but sadly, this is not the case. It seems that macarons are the new cupcakes only for people who understand that they are different from macaroons that come in a tin from Manischewitz on Passover. For everyone else, cupcakes are still all the rage, and now they are invading our department stores.

On the one hand, The Shophound really supports and appreciates baked goods of all kinds, but on the other, we don't want to be faced with them at every turn. When we stopped by Bloomingdale's this week, it seemed like the Magnolia staff had not fully acclimated to their responsibilities, and by that we mean that we stood in front of the register for an awfully long time before anyone figured out that they should probably ring up our bran muffin (Yes, bran muffin. We do have some self control). Hopefully, they will get it together by this weekend, when Third Avenue's shopping crowds should be in full effect.

Honestly, we'll admit that a cupcake counter fits in fairly well with Bloomingdale's unique populist/luxury sensibility, so even we can't exactly fault management for installing the shop, but we just cant help thinking that we have long passed the point of "enough already with the cupcakes".