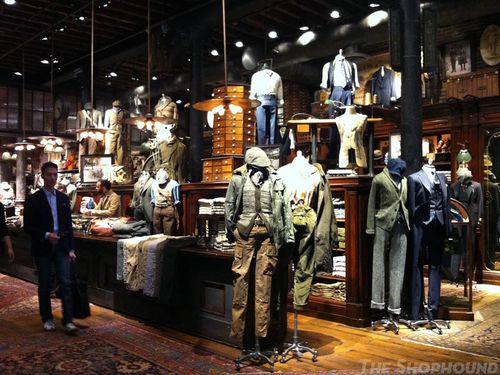 It's been a tumultuous 12 months for Ralph Lauren's retail network in New York. We have seen the opening of a lavish new women's flagship, a relocated SoHo boutique and renovations and relocations for almost all of his other stores in the city. The final piece of a complicated plan is now in place as a spacious RRL store has just opened on West Broadway in the space that began as Polo Sport sometime during the 1990s and then became a full line Ralph Lauren store for the past 10 years.

Now RRL has moved in, and the classic SoHo loft space seems to finally have found an occupant that clicks. The previous mix of the designer's men's and women's premium labels was never a good fit for the space, literally becoming even more jumbled than Lauren's signature cluttered merchandising style could bear and leaving the rear of the store in a constant state of unfinished flux. As a menswear-only label (for now, anyway) RRL fills the space better, and it's vintage-look point of view harmonizes nicely with the building's cast-iron bones along with plenty of 'ye olde haberdashery shoppe' additions from Lauren's prodigious store design team.

As we noted when the expanded Bleecker Street RRL opened over the Summer, the label has evolved into yet another of Lauren's complete lifestyle collection —one of six, yes six premium labels for men alone. This new SoHo location is the first that really allows the line to breathe. Of course, this being Ralph Lauren, there's an extra abundance of vintage stuff mixed in with the regular merchandise with a particular focus on boots, shoes and leather jackets. Counter display cases are filled with vintage watches, silver jewelry and cufflinks It's almost as if the designer is daring his customers to compare his offerings with actual examples culled from countless thrift shops and rummage sales to see how well he has replicated their patina. The RRL design teams have done a remarkable job making their newly manufactured products look like they have been moldering in an attic somewhere for decades, stopping just short of applying ersatz ring-around-the-collar to shirts meticulously packaged to appear as if they were first folded and pinned during the Great Depression.

So, for the moment, it looks like Lauren's ten various freestanding stores in the city are settled with their merchandise, although who knows how long that could last? As his labels proliferate in ways that often seem to defy logic, it is probably only a matter of time until a RRL women's collection horns its way into the new SoHo store, or new spaces will have to be added for more Rugby shops or perhaps a showcase for the new Black Label Denim line that has suddenly taken over sizable swaths of floor space this season in Barneys, Bloomingdale's and Saks. For the time being, however, this array of shops should be able satisfy demand.

RRL & Co. 379 West Broadway between Spring & Broome Street, SoHo
Previously:
New RRL Is Open On Bleecker With Another Set For SoHo And Twin Rugby Shops On The Way 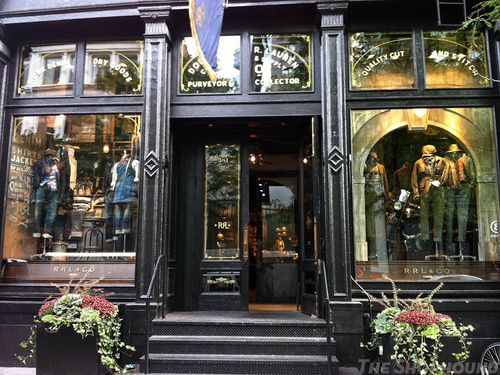