In Which Loro Piana Reminds Us That Even At The Sample Sale,
Luxury Doesn't Come Cheap 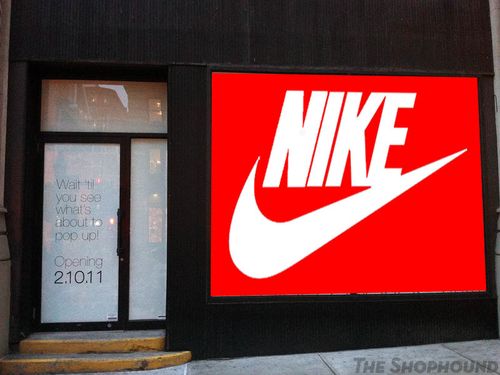 Taking the attitude that you only need one superstore in a city, Nike now looks to be following a strategy of opening more focused, smaller stores around town. With a Sportswear store in SoHo and the giant Niketown on East 57th Street, the megabrand is now planning a running-only store on lower Fifth Avenue at 20th Street. The last occupant at 156 Fifth Avenue was a pop-up location to promote the launch of Macy's Bar III brand, but this Nike Running store is expected to stick around as a permanent addition to the neighborhood which includes athletic mainstay Paragon as well as local favorite JackRabbit. Running shoe specialist New Balance is only a stone's throw away from the new location, so there will be no shortage of competition. Beyond the expected merchandise, the Nike store will be offering runner's workshops and chances to try out the brand's newest running products.

﻿﻿﻿Nike To Open A Runners Only Store In Flatiron (Crain's)