UNIQLO Parties In A Big Way

Eddie Bauer Charges Ahead With
A New Look for Spring 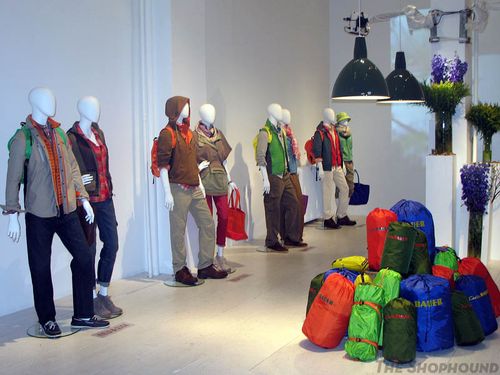 Though Fashion Week is long over, this is the time of year when other brands less reliant on runway shows and trade shows unveil their upcoming offerings to the press. Last season, the eminent outfitter chain Eddie Bauer debuted a new design team who gave a much-needed update to the retailer's formerly innocuous apparel lines. 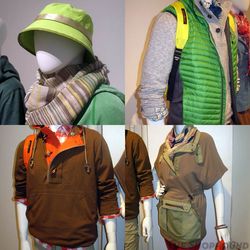 Spring 2012 finds the team hitting its stride and continuing with their archive focused-heritage approach while adding a potent dose of color that is right in sync with recent trends from the runways. It might take a while for customers to think of Eddie Bauer and Fashion at the same time, but the company has enough faith in its designers to eschew the services of a stylist and let them present their work the way they conceived of it themselves. They made a great case for the brand as a youthful sportswear resource. The entrance of Happy Monkey Studios in Midtown was covered in moss to remind everyone of the brand's roots as a rugged outfitter, and they are even offering camping tents in the season's bright accent colors. 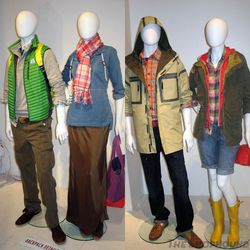 The collection's great strength remains outerwear, with lots of functional (many reversible) pieces inspired by the Eddie Bauer archives including details taken from vintage backpacks. Other standouts included anoraks with drawstring details in heavy knit or chambray, superlight MicroTherm down pieces from the First Ascent label, a long casual skirt in ripstop parachute silk and lots of newly slimmed-down and brightly colored jeans and pants that should go a long way toward banishing the old frumpy image of clothes from Eddie Bauer and give resurgent heritage brands like Gant a run for their money. 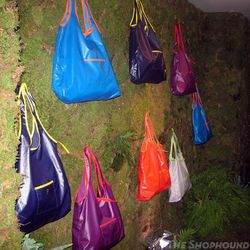 What's still missing? A New York City flagship store (though there are locations in Forest Hills and in several surrounding New York, New Jersey and Connecticut suburbs). For most of us in Manhattan, the only opportunity to see the company's new look in person is at a press event like this one. Otherwise, it's an online experience. We think it's about time for at least a pop-up store to reintroduce New Yorkers to the brand's new direction, so consider that request submitted. In the meantime, we will be happily carrying around the bright yellow backpack we received on our way out.