Joe Fresh Has A Familiar Feeling 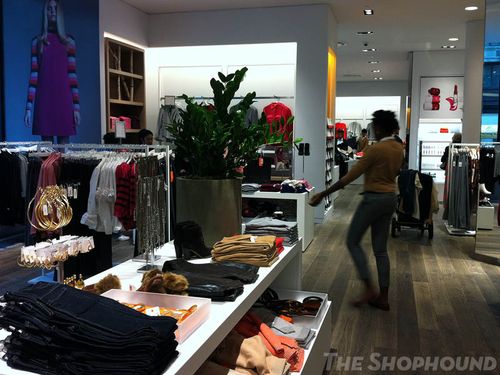 The Shophound couldn't walk around the newly opened Joe Fresh store on Lower Fifth Avenue without thinking about a couple of other chains that have been on our mind lately. The first is obviously UNIQLO. Canadian entrepreneur Joe Mimran has brought his newest chain to New York City on the heels of that Japanese chain's extravagant launching of two enormous flagship stores, and though his shop on Fifth Avenue at 16th Street is far more modest, when we got a look at the bright minimalist interior and stacks of affordable basics, the comparison seemed obvious. Mimran has not yet figured out how to replicate Uniqlo's quality level, but if he can achieve the same economies of scale, he could give them a run for their money. While Uniqlo has been concentrating on large international flagships, Mimran has already opened several of the kind of smaller scale stores that Uniqlo ultimately wants to expand in the U.S. with in the suburbs ringing New York City, and is said to be aggressively looking for more. He may beat the more cautious and picky Japanese chain at finding the best locations.

The other chain that obviously came to mind was Club Monaco, which Mimran started during the 1980s and opened its first U.S. store in the mid-1990s just a few blocks up Fifth Avenue from the new Joe Fresh. Mimran's newer chain shows the same taste for the carefully chosen trendy item that we used to see at Club Monaco before it was purchased by Ralph Lauren several years ago. If Mimran can maintain his finely honed trend radar, and people can get over the fact that the Joe Fresh label was launched in Canadian grocery stores, then it's more than likely that we will see more of this chain popping up all over the place very soon, giving some of the other fast-fashion chains another competitor to keep an eye on. 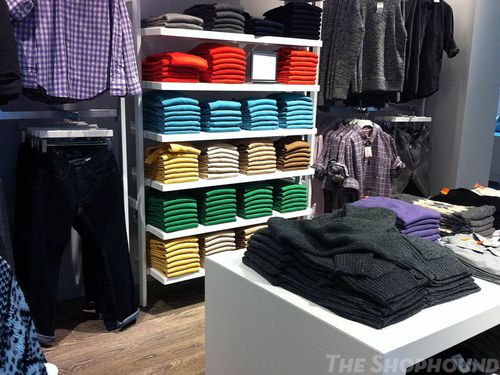