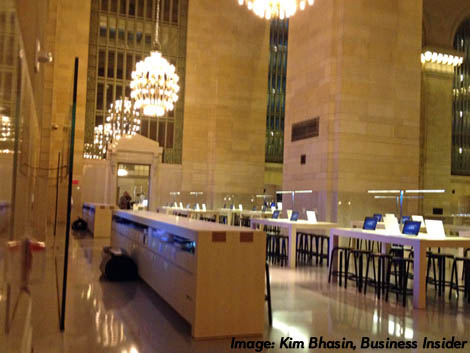 Apple's Grand Central store does not officially open its doors, or uh whatever they have to close it with until Friday, but the tarps and scaffolds have already been removed, and the folks at AppleInsider and Business Insider have gotten sneaky shots of what customers will see this weekend.

No big surprises here —it looks pretty much like what the renderings promised. Expect big crowds on Friday to torment commuters rushing to get to work or catch their trains. It will be interesting to see how Apple' s new self-checkout system for certain smaller items will fare among such hustle and bustle.