Hedi Slimane Oficially In At YSL

What Kind Of C.Wonder Will We Be Seeing At Columbus Circle This Fall? 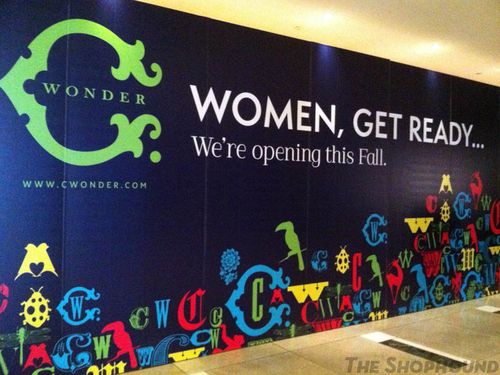 Chris Burch's new retail concept C.Wonder has gotten all kinds of attention lately. Customers love the well priced preppy looks, but it has not been lost on observers that the new chain bears much more than a passing resemblance to his former wife Tory Burch's brand —and Tory is widely believed to be Not Happy About It.

Anyway, recent weeks have brought word that Mr. Burch has finally stepped down as Co-Chairman of the Board of his ex's company and is said to be looking to divest himself of his shares in the company. Meanwhile, C.Wonder is set to open its second Manhattan unit this Fall in part of the space left empty by Border's at Time Warner Center (above).

But will it look like the chain's first store which opened in SoHo last year? Rumors have the two adversarial former spouses working together to create a greater distinction between the look of the two brands, without resorting to legal action that could be damaging to both the Tory Burch label and the new company run by Mr. Burch. This all makes us curious to find out if the much larger Columbus Circle C.Wonder will look substantially different from the original SoHo version that has caused such a kerfuffle behind the scenes. If it doesn't look different enough, are we in for a round of lawsuits?

Chris Burch Steps Down As Co-Chair of Tory Burch (The Cut)
Previously: