Reports Of An Abercrombie & Fitch Gay Kiss May Be Somewhat Exaggerated

BACK IN THE BLACK:

Where Will Versace's Flagship
Land In SoHo? 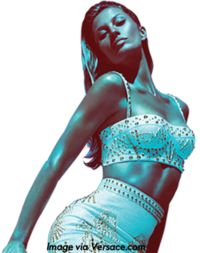 Yesterday's WWD featured a lengthy article about Gianni Versace SpA's return to profitability. Slipped in among accounts of the many business maneuvers that restored the brand's ever-teetering fortunes was the news that among several new stores planned for the newly flush brand, a Versace flagship store would open in SoHo in June or July. It's the first we have heard of such a store, which is remarkable since it is scheduled to open in three or four months. The mystery is where this store will be. Prince Street? Spring Street? Mercer, Greene or Wooster? We're all ears.