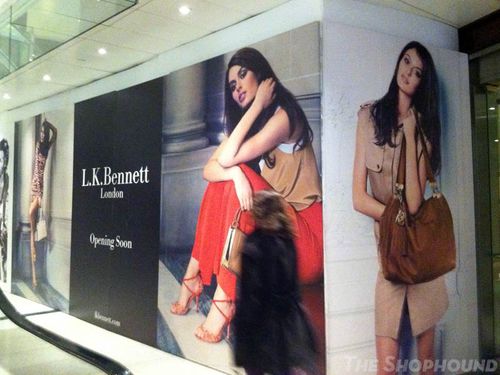 A year or so ago, nobody in America knew much of L.K. Bennett, the midrange British women's shoe and accessory brand, but then Catherine, Duchess of Cambridge stated wearing their nude colored "Sledge" pump, and the slavish following of her every clothing-related move made the brand a hot ticket —just as it was opening its first U.S. Store in Chicago. Now, five stores and a few concessions in Bloomingdale's later, L.K.Benett is opening its first New York store later this year in Time Warner Center's Shops at Columbus Circle. 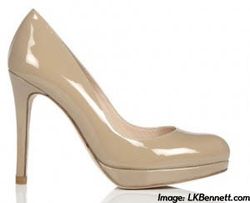 Are these particularly interesting shoes? Not really, but therein lies their appeal. The Duchess's preferred style is practically invisible, making it look like your foot has grown its own platform and stiletto. Would American's be so excited about L.K.Bennett without Kate Middleton's patronage? Who knows, but it's coming, and Princess Kate is, at least for the moment, something of an inadvertent fashion kingmaker. While L.K.Bennett makes plety of other kind of shoes, expect the Sledge to be front and center when they open their doors on the second floor of the shopping center later this year

I love the shoes butwalking in the city would kill my feet in these. why can't they make a version with a lower heel to walk in????pju