TRAIPSING THROUGH THE TRADE SHOWS:

Here's What Happens When FRESH Gives Away Stuff from A Truck 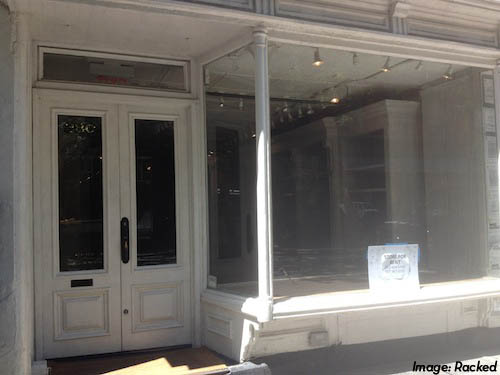 Here's a surprise. According to our friends at Racked, Ralph Lauren's Women's Rugby store on Bleecker Street up and left the other night after less than a year of being open. Apparently, without any notice, the store was emptied overnight leaving little but a "For Rent" sign in the window. The Men's Rugby down the street remains open as well as the larger University Place flagship. An employee at the men's Bleecker location revealed that the store was closed due to "issues with the landlord", which begs the question, what kind of landlord gets into a bitter dispute with Polo Ralph Lauren Retail? Aren't they the kind of tenant you look for? The kind with deep pockets?

Anyway, we don't know if the women's merchandise has been crammed into the Men's Rugby down the street, which would make it a hell of a crowded little store. It was only last September that the store opened after having been converted from a Ralph Lauren children's store in an event that we can low look back on as The Great RRL Bleecker Street Reshuffling of 2011. Now, Lauren has only three retail outlets on Bleecker, but there's a nice empty store available for someone who is not afraid of potential "landlord issues".