MAKE OF THIS WHAT YOU WILL:

Minnie Mouse & Daisy Duck Getting Makeovers For Christmas At Barneys 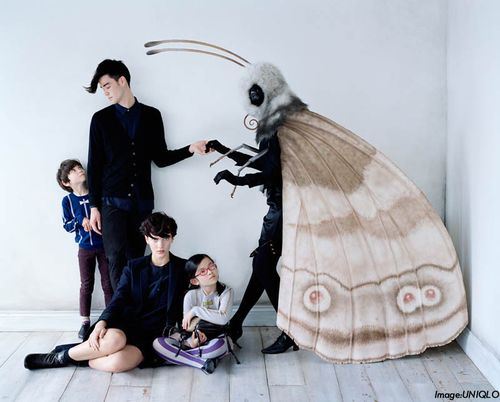 The next few weeks will hold a flurry of activity from Fashion Week and all of its activity including Fashion's Night Out to all manner of store openings plus collaboration debuts from target and the Gap. Getting a jump on things is Uniqlo, which will release the second and final season of its collaboration with designer Jun Takahashi, UU Uniqlo Undercover, tomorrow.

While the line has not caused quite the frenzy of +J, the chain's previous team up with the designer Jil Sander, it has proved to be full of great casual sportswear pieces and also heralds the return of children's apparel to New York's Uniqlo stores. The Fall line looks even stronger than this past Spring's offerings, and this will be your last chance to shop this particular collaboration. You can take a look at the collection on Pinterest HERE and see more of the clever giant insect inspired ad campaign HERE.

Posted at 05:38 AM in Chains, Designer Collaborations, UNIQLO | Permalink | Comments (0)