And Here Is Your Monumental
David Beckham Statue 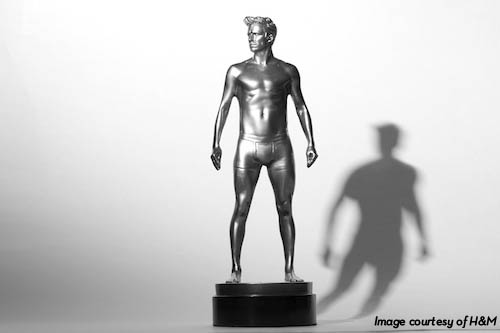 These days, we throw around the terms 'iconic' and 'idol' pretty freely, but starting tomorrow, H&M is giving New Yorkers the opportunity to literally worship at the feet of David Beckham, or at least one of six ten foot statues of him in his underpants. To celebrate the launch of a new ad campaign for the sports star's exclusive men's underwear brand, H&M will be installing the statues in six places around Manhattan, but they won't be there just for your gazing pleasure. There is a contest involved. Here's how it goes, direct from the folks at H&M:

Snap a picture on Instagram with your favorite Beckham statue anytime from August 16th through August 19th, and tag it with #HMBeckham. Include a mustache, soccer ball, or shopping bag in your picture for added effect! Visitors to the statues who upload their images to Instagram will have the chance to win one of 100 mini, limited edition David Beckham statues; one of ten pairs of signed David Beckham underwear; and the grand prize which includes $1,000 H&M shopping spree!
Those who cannot make it to the statue sites will have a second chance to take a picture with Beckham from August 20th to August 31st at H&M store locations throughout the participating cities.

And if celebrity underwear is not your thing...

Brooks Brothers is out to help you out with that mid-afternoon moment when your energy drops. Starting this Friday, the chain's Flatiron Shop at Broadway and 20th Street along with Handsome Coffee Roasters will be hosting an Iced Coffee Bar in the store from 2:00 to 5:00 PM daily through August 24th. Visitors will receive a complimentary Handome Iced coffee served up by Michael Phillips, World Barista Champion and co-founder of Handsome Coffee Roasters, along with local barista, Park Brannen, who, we are told, is also Handsome. We don't know what this coffee tastes like, but with that name, it had better be damned good-looking. And, as if we need to remind you, it's free, so Flatiron workers in need of a late-Summer afternoon pick-me-up know where to go. 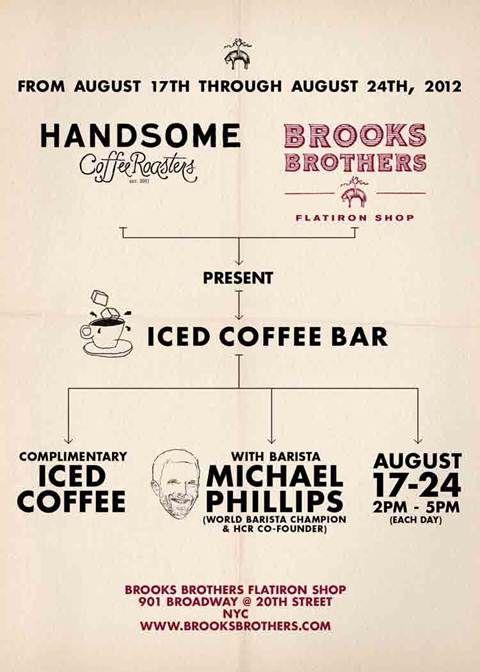