Emanuel Ungaro
Gets Another Chance Next Fall 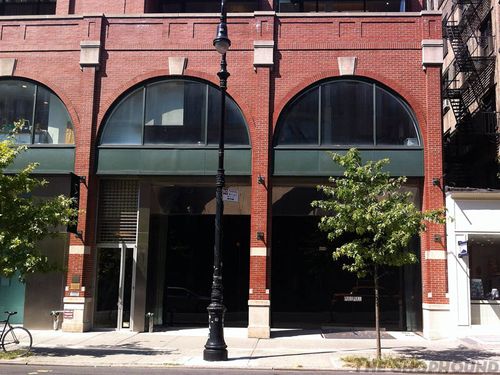 The Shophound has been wondering what was going to happen to the sizable D&G Boutique on West Broadway in SoHo (pictured above) now that the D&G label exist no longer. Currently it is dark, literally, with the windows blacked out and no indication that the space is available for anyone else to take. A report in today's WWD confirms that, among other of Dolce & Gabbana's upcoming stores, the label's long-under-construction Fifth Avenue boutique will open by November, and will be consistent in design with other of its boutiques. Going forward, however that may change.

“We are tired of seeing the same stores everywhere, all these designer stores, including ours, they look all the same,” Stefano Gabbana says, and so a reported upcoming SoHo location will be "completely different from any other unit,” according to one half of the celebrated design duo. We don't yet know what that means, or how long it will take, but we think it's safe to assume that the SoHo store will take over the prominent space formerly occupied by the D&G boutique. This will ultimately leave the Italian brand with three major luxury boutiques in New York, a store count which puts them in a league with Prada, Gucci and Giorgio Armani. It's a bit of a jump from one big Madison Avenue flagship to three, but the brand has successfully negotiated the road from hot, young label to Italian luxury mainstay over the past couple of decades. Now its only challenge will be covering all that costly NYC overhead.