One Block Of Mercer Street Goes For Maximum Luxury Concentration 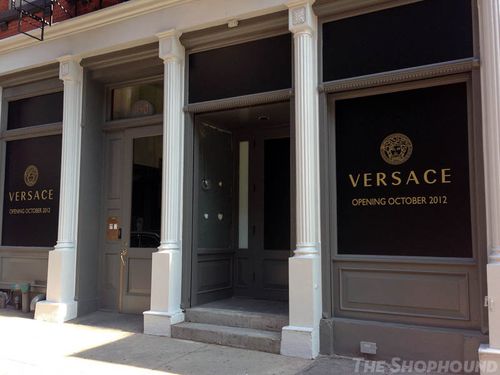 SoHo has regained its prestige in a big way over the past couple of years having fought off the Meatpacking District, which is now moving toward the middle of the road, and Bleecker Street, which, though still desirable, is not really built to handle the kind of customer traffic that SoHo sees every day. While all of SoHo seems hospitable for the high end right now what with a lavish new Tiffany and a relocated Stella McCartney on Greene Street and Opening Ceremony's ever-influential beachhead tucked away on otherwise unremarkable Howard Street, it is the block of Mercer Street between Houston and Prince Streets that that is turning into a its own little gold coast, but not just yet. 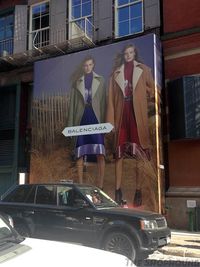 Of course, canny Marc Jacobs has been on the block for quite some time. Vera Wang, Marni and the backside of Prada's Epicenter store have made it a particular destination to keep free-spending shoppers busy, but a few more crown jewels remain cocooned for unveilings to be announced. Balenciaga, at 148 Mercer is not expected to be ready to take customers until sometime next year though it is heralding its upcoming arrival, with gigantic advertising images (at right). Saint Laurent, which has been under wraps for well over a year now, seems to have been held back so it can presumably make its debut in sync with new creative director Hedi Slimane's controversial debut collections for next Spring. Now this group is being joined by one of fashion's flashiest labels, Versace at 160 Mercer (pictured above). We won't have to wait as long for this one, however. Apparently, this store that flew under the radar for most of it's construction is set to open this month. Ads are already running  that say, "Now In SoHo", so we expect to see inside soon —maybe this weekend?

Why is this particular block such a draw for these brands? Who knows? Maybe the spaces were right, maybe they got the best deals there, or maybe, like some kind of weird fashion jinn, the Marc Jacobs store lured them there through trickery or sheer alpha-fashion-male magnetism. Whatever the reason, by this time next year, that block of Mercer Street will be packed to capacity with luxury designer shops hoping to find strength in numbers, or at least one-stop-shopping for tourists too tired to schlepp from one corner of SoHo to another.