GETTING AHEAD OF YOURSELF:

Uniqlo & Theory Team Up For T-Down 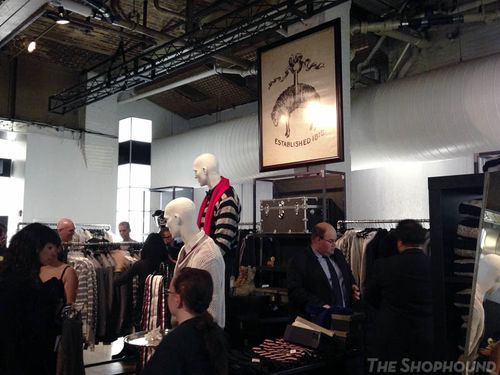 Last night, The Shophound braved Winter Storm Nor'Easter Athena, or whatever they are calling it, to preview one of our favorite shopping fundraisers, Housing Works Fashion For Action which once again held a gala preview at the Altman Building in Chelsea. Sadly, the nasty storm appeared to discourage the typically packed attendance that this event usually draws. The silver lining to all those storm clouds? Easy checkout lines and, more importantly, plenty more merchandise for everyone to buy at the free public sale that starts today at the Housing Works Chelsea Thrift Shop. Despite the weather, the faithful showed up to shop including longtime supporter and co-chair, actress Patricia Clarkson and WNBC's Talk Stoop hostess Cat Greenleaf. For those unfamiliar with this particular event, it includes a huge trove of brand new goods from designers and retailers to sell at thrift store prices whose proceeds will benefit Housing Works mission of ending both Homelessness and AIDS. This year, given the current events, the event has also pledged 20% of its haul to Hurricane Sandy Relief efforts.

And the goods are as enticing as ever. There were big donations from popular labels like Theory and Diane von Furstenberg, and we saw all sorts of gems like Oliver Peoples glasses and Vintage Chanel Jewelry (se a full list of donors HERE). With designer Thom Browne as Honorary Chair, one of his employers, Brooks Brothers again donated a huge assortment of the Black Fleece collection for men and women that he designs for them. The Shophound managed to snag a sweet pair of black suede saddle shoes from the label for a mere $75 (giving you an idea of how the prices run) despite the fact that someone swept up nearly half the Black Fleece shoes and promptly listed them on eBay. We know what you did, Vreelandschild. Not cool.

Anyway, the sale continues in Chelsea through this Sunday, and even without the tasty hors d'oeuvres and drinks, it's well worth a visit for not one but two good causes this time. We never miss it, and frankly, we are pretty damn picky about these things at this point, so get over there before some other sneaky eBay supersellers beat you to it! 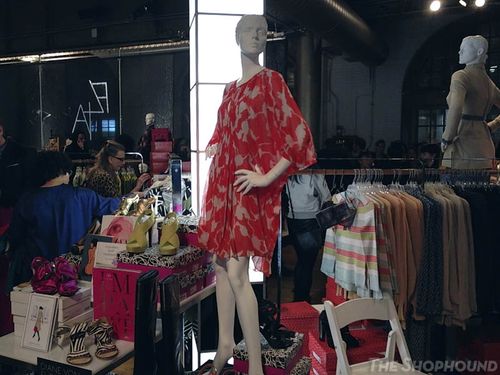